Entertainment   Bollywood  17 Mar 2018  Did you know? Aishwarya could’ve debuted opposite SRK or Aamir in these popular films
Entertainment, Bollywood

Did you know? Aishwarya could’ve debuted opposite SRK or Aamir in these popular films

The actress opened up on her career of two decades and life post marriage in 2007 in a recent interview. 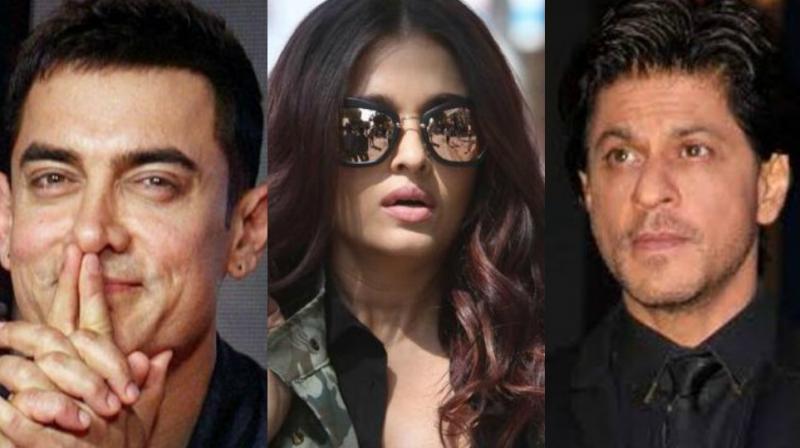 Aishwarya Rai Bachchan's equation with the third Khan apart from Aamir and Shah Rukh is well-known.

Mumbai: Over her two-decade long career, Aishwarya Rai Bachchan worked with almost all the Bollywood stars like Shah Rukh Khan, Salman Khan, Hrithik Roshan, Akshay Kumar, Ajay Devgn and Amitabh Bachchan, except one major one, that is Aamir Khan.

The actress was seen in a cameo in Aamir’s dud ‘Mela’ and was to star in ‘Mangal Pandey – The Rising’, but the two never shared screen space in a full-fledged film till today.

However, the actress recently revealed that she could’ve debuted opposite the superstar in ‘Raja Hindustani’ or even Shah Rukh Khan, who she starred in multiple films like ‘Josh’, ‘Devdas’, ‘Mohabattein’, in ‘Dil Toh Pagal Hai.’

Talking about the early stages of her career, the actress revealed in an interview with Femina, “Even before winning the titles, I was being pursued. Dharmesh Darshan had offered me 'Raja Hindustani'; Yashji (Yash Chopra) wanted to launch me in Maine Toh Mohabbat Kar Li, which became ‘Dil Toh Pagal Hai.’”

She added, “During the title year, both Mani Ratnam and Rajiv Menon got in touch. I was an admirer of Mani Ratnam’s cinema, so Iruvar (debut) happened. Again, my story was an unconventional one. Unlike other newcomers who waited to see the fate of their first film, I’d already signed two to three films. Long story short, when I started shooting 'Iruvar' with Mani, my inner voice told me this was home.”

After the birth of her daughter Aaradhya, Aishwarya made a comeback to films and since then has acted in three films. About the first one ‘Jazbaa’, she said, “We worked the schedule such that I could drop my daughter to school and pick her up. Then came 'Sarabjit' and 'Ae Dil Hai Mushkil' at the same time.”

‘Sarbjit’ opposite Randeep Hooda was more intense Aishwarya said, “I just dived into it. I could make it sound very glorious and say we did intense research, but I don’t believe in month-long rehearsals. It’s all literally in the moment. That’s when the audience knows whether I have a connect or not. Which then gets defined as good or bad acting.”

While the aforementioned films saw the project rest on her shoulders, the third one ‘Ae Dil Hai Mushkil’ only saw a cameo from her. About the lack of screen time, she said, “It’s so liberating to have played Saba, not for the obvious reasons. I knew I was playing a character integral to the narrative and yet the character was not the obvious leading lady, which was a first. Again, I was fearlessly making that choice. People could have reacted with: Does that mean you are now going to play character roles? That as a conversation could have started. And even today I’m saying it. But the reactions were different; I was lauded for doing that part. And Karan Johar said, 'I wouldn’t have had Saba without you.'”

And it’s a similar case for her even in her next ‘Fanne Khan’, “Today, when I’m doing 'Fanne Khan', again, it’s not a full blown part, but the idea of the role is strong.”

It goes without saying that her life now revolves around Aaradhya. “Aaradhya is god’s child, her own person, a supercalifragilisticexpiadocious soul. I’m blessed to have her as my daughter. All I’d like to say to her is that she can make and do what she wants with her life,” Aishwarya shares.

Aishwarya also spoke about how marriage with Abhishek Bachchan changed her life, “In the beginning I was very private - did my work, went back home, didn’t hang out with industry friends. After my marriage with AB, I started socializing more. In fact, for a long time, even AB was a friend, but on turf. There were no after hours, because we had hectic schedules.”

“Matching my schedules with AB too is a whole book. In April, we complete 11 years together. I can only be grateful for all that I have in my life today,” Ash said.

The actress has surely enjoyed her two-decade professional and one-decade long married life, and fans would only hope things only get better for Aishwarya.