I purposely dropped my surname from the auditions, says Pranutan

Pranutan further reveals that she has not set any limitations on herself. 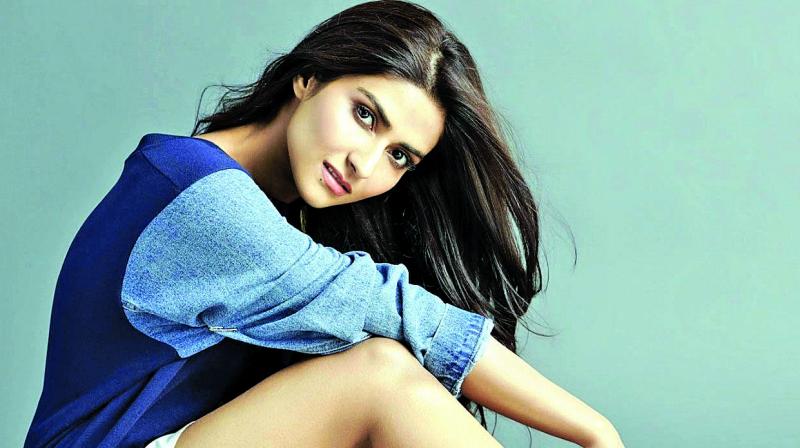 Grand-daughter of Nutan and daughter of actor Mohnish Bahl, Pranutan is the new star-kid on the block. But, it is to break away from this image and the attached privileges that Pranutan decided to drop her surname during the auditions.

“When I started going for auditions in 2016, I wouldn't write my last name because I didn’t want any connections. I didn’t want to be called for second rounds because of my father or grandmother,” says Pranutan and adds, “I believe that if you want to be an actor, you have to follow that process. I have never in my life told my father to call up anybody, not even for a meeting. I never wanted to get an opportunity because I have a family here.”

Pranutan further reveals that she has not set any limitations on herself. “I don’t think as an actor you should limit yourself. If you like the story and think that the director is capable, you should just go ahead. You can’t limit yourself even in terms of genres. You can’t put yourself in a box if you are an artist,” says the actress.

Interestingly, Pranutan completed her education before entering into films even though she always wanted to be an actor.

“I always wanted to be an actor but I didn’t want to do it at the cost of my education. My parents were very supportive about it because choosing law was also my decision,” she informs.

Talking about how she bagged her debut film Notebook that will see her alongside Zaheer Iqbal, she says, “I was auditioning since 2016. The film Notebook came because they saw my pictures online and then Nitin Sir thought I looked (right for) the part and then he asked me to come on board. Nitin Sir is a taskmaster and it’s exciting when directors want 100 per cent from the actors.”

“I don’t think he knew that I was Mohnish Bahl’s daughter but my pictures were all over the internet. So, I presume he knew. But, he had auditioned 80 girls for this role,” she adds.