'It was upsetting': 'Dia Mirza on leak of Ranbir's look from Sanju Dutt biopic

The actress, who will be seen playing Sanjay's wife Maanayata in the biopic, blamed the media for the leak. 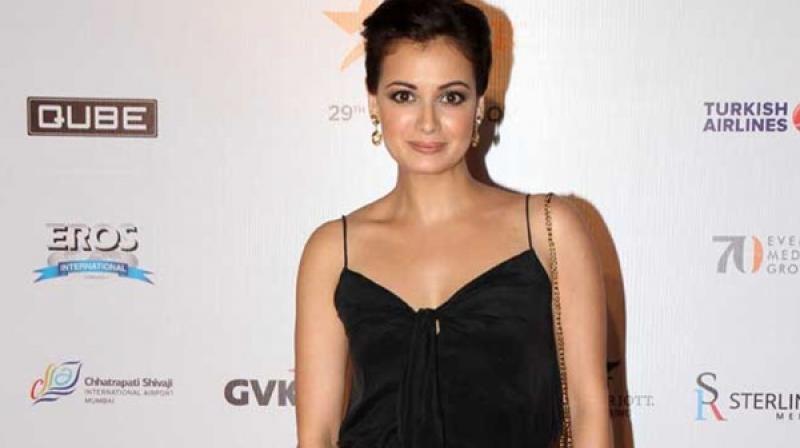 Mumbai: Ranbir Kapoor's new look from Sanjay Dutt's biopic has gone viral online but co-star Dia Mirza feels it should not have been leaked.

"You should not have seen that look. It was leaked by the media... I will admit it was upsetting that the look was out as we were saving the look to reveal much later.

"We are enthused with the response from the public but we wish the media had respected the privacy of the film and not revealed the look," Dia told reporters here.

In the Rajkumar Hirani-directed film, Dia plays the role of Maanayata, Dutt's wife.

"Shooting is going really well. I have just completed my work. It's such a privilege and honour to be working with such wonderful set of people. Rajkumar Hirani had directed me in 'Lage Raho Munnabhai' and it was great to be working with him again," she said.

"Right now we all are tight-lipped about the film but we can't wait to reveal things."

Dia has teamed up for the first time with Ranbir.

"Ranbir is amazing and there are no two ways about it."

"I am looking forward to experience the love and appreciation that Priyanka Chopra has garnered. It will be interesting to see," she adds.

Taking about the socially relevant films, which released last year, she said, "It was an interesting year as many socially relevant topics were explored... My top three favourite films were 'Neerja', 'Pink', 'Dangal'.

"There is an incredible body of work at display...it's difficult to vote. I hope we continue to grow like this.