John Abraham and Kabir Khan to collaborate for a web series?

This web series will be a recreation of his earlier documentary ‘The Forgotten Army’. 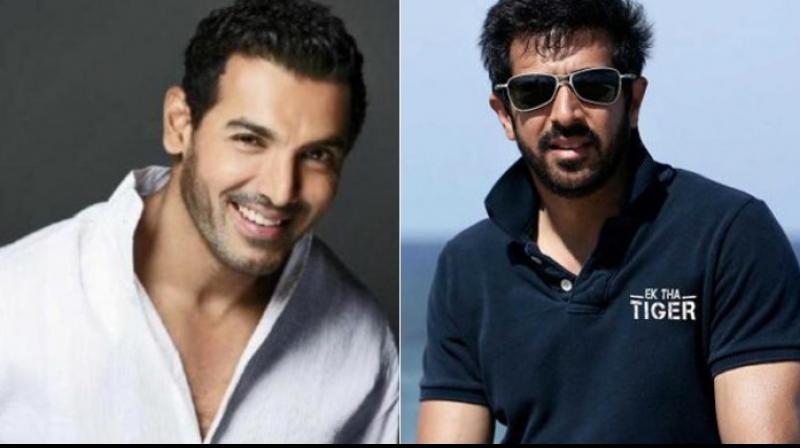 Mumbai: Filmmaker Kabir Khan is all set to come up with his web series, which will touch base upon Subhash Chandra Bose’s ‘Indian National Army’.

Kabir is an avid traveller and had started out as a documentary filmmaker. This web series will be a recreation of his earlier documentary ‘The Forgotten Army’.

While talking to an entertainment news portal, Kabir spilled some beans about his upcoming web series. “An international cast will be a part of this series even though it is predominantly in Hindi," the 'Bajrangi Bhaijaan' director was quoted as saying.

He further added, “The actors will speak in the language they are comfortable with and it will be made on a mega budget, even bigger than my films.”

According to the same portal, Kabir has approached John Abraham for this web series. Kabir, however, has refused to divulge any details about the star cast associated with the series.

Kabir Khan is currently working on his upcoming film ‘Tubelight’ with Salman Khan.

If John and Kabir collaborate for this web series, then this will turn out to be their third association after ‘Kabul Express’ and ‘New York’.