Contrary to speculation, she won’t feature in his film, was on the set to just click a picture. 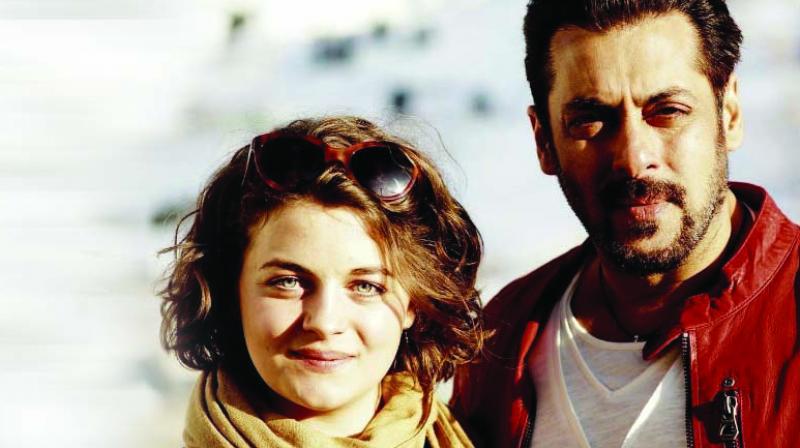 Austrian model Ronja Forcher is a Salman Khan fan. Recently, when the Bollywood superstar shot in Austria for Ali Abbas Zafar’s Tiger Zinda Hai, Ronja, who is Playboy magazine model dropped in on the sets to meet her idol.

The brief meeting picture that went up on Instagram, sparked off rumours that Ronja is  part of Tiger Zinda Hai. Turns out, that’s not true.

The film’s director Ali Abbas has clarified that Ronja is not a part of the movie at all, and that she had in fact dropped in on location only to meet Salman Khan because she is a huge fan.

Given Salman’s devotion to giving foreign talent a break in B’wood, it isn’t unusual for one to speculate a work association, but turns out that’s not the case this time around — at least for now.