Why is the industry silent? asks Ashoke Pandit

Meanwhile actor-filmmaker Farhan Akhtar has tweeted his reactions to the viral video of the CRPF jawan. 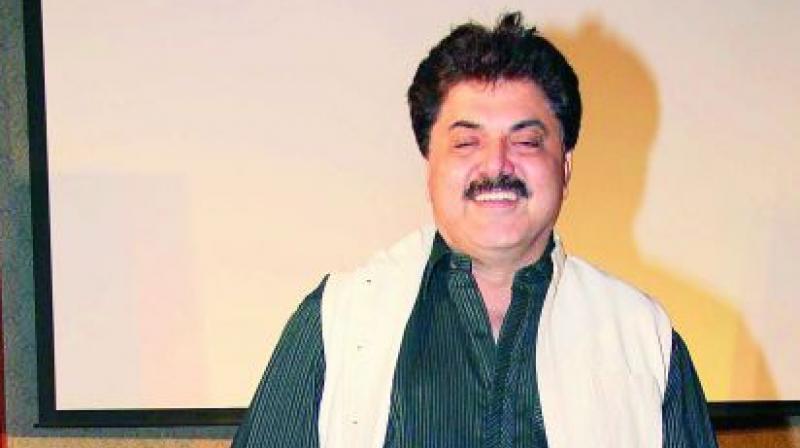 After Anupam Kher recently posted a strong video voicing his resentment over the attack and the humiliation meted out to an armed CRPF soldier by a group of Kashmir separatists and stone-pelters, filmmaker and social activist Ashoke Pandit, who has been fighting for the cause of Kashmiri Pandits for the past many years, has come out in support of Kher and asked why the industry is beoing silent.

“Anupam Kher is the first person from the industry who has reacted strongly to the human rights violations of a soldier in the Kashmir valley and I completely endorse his point of view. But I am pained and astonished by the silence of the entire industry on this issue. The video of that soldier being beaten and kicked, his helmet thrown, when he can very well fire with the gun in his hand, is really painful. It has drawn the ire of the cricketing world, with leading cricket personalities like Virendra Sehwag, Gautam Gambhir and Mohammed Kaif condemning it but the industry is surprisingly silent,” he said.

Questioning the “duplicity” of the industry, Pandit added, “There is a fashion in the film industry and the so-called artistic world when they say that art is above politics. Ironically, the same people have no problem indulging in publicity blitzkriegs when they go for the promotions of their films on the border amidst security forces. They have a field day flashing visuals across all news channels, but they have nothing to say when a jawan whom they used for promotions is being targeted. If you want to use security forces for the promotions of your films it is high time you speak against what is happening to them. It raises a lot of questions.”

Prior to that, Anupam Kher had voiced his strong anger against the development. “When this kind of a video goes viral, it is important to give my reaction, I feel very angry not only as an Indian but also as a human being. It is time to expose not only these fringe elements and terrorist-loving people but also those who do not comment when something like this happens,” Kher had commented in the video.

Meanwhile actor-filmmaker Farhan Akhtar has tweeted his reactions to the viral video of the CRPF jawan. “The footage of our soldiers being slapped and heckled is sickening. Their restraint admirable. Action must be taken immediately,” he said.

Also among the intriguing posts is one by Kamal Haasan, who has condemned the shameful act. “Integrate into India. Shame on those who dare touch my soldiers. Height of valour is nonviolence. CRPF has set a fine example,” he tweeted.