Entertainment   Bollywood  17 May 2017  Watch: Salman Khan is a darling of the locals in Tubelight's vibrant Radio Song
Entertainment, Bollywood

Watch: Salman Khan is a darling of the locals in Tubelight's vibrant Radio Song

Salman's character of a man-child is seen dancing excitedly with the locals of the region in the song. 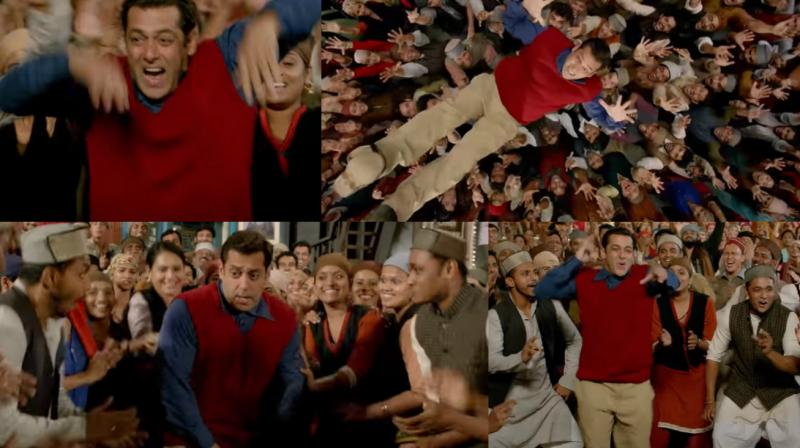 Mumbai: After successfully keeping the plot of the film under wraps, the teaser of 'Tubelight' finally unveiled the story of Salman Khan's character of a man-child beautifully.

The teaser of the Eid release went viral as soon as it released and grossed almost 20 million views in a span of a week.

There are a lot of expectations from the music of the film, too, with the makers teasing the audiences by sharing a still from the first song, ‘Radio Song’. The team even held a special screening of the song for select media few days ago and Salman Khan, along with the director Kabir Khan, launched the song in Dubai on Tuesday and also released it on social media for the audiences.

The film is set during the period of the Indo-China war of 1962 when radio was the main medium of communication and this song aptly sees Salman excitedly singing lines about playing the radio and performing steps of tuning it as he dances his heart out along with the locals of the hilly region.

Veteran actor Om Puri, who passed away earlier this year, can also be seen in the song as Salman gives him a hug.

The song, composed by Pritam and penned by Amitabh Bhattacharya, is crooned by Kamaal Khan and Amit Mishra, is definitely catchy and will definitely be a hit with the fans of the superstar.

‘Tubelight’ is based on the film ‘Little Boy’ and is scheduled to release on June 25.