Entertainment   Bollywood  17 May 2018  Anand changed his name but nobody wrote about that, says Sonam Kapoor Ahuja
Entertainment, Bollywood

Anand changed his name but nobody wrote about that, says Sonam Kapoor Ahuja

The actress responds to criticism about her name change post marriage and insists it’s a personal choice. 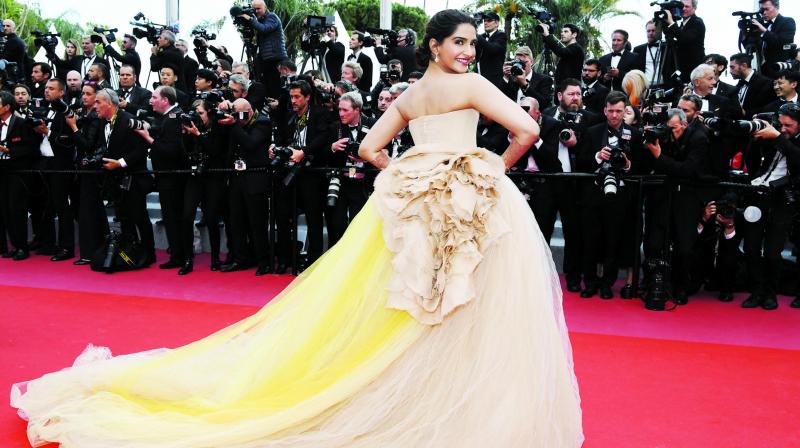 Sonam Kapoor Ahuja who has always stood for the rights of women since the beginning is a feminist in the true sense. However, when she decided to take up her husband Anand Ahuja’s surname she received a lot of flak.

Soon after tying the knot the actress was quick to change her name on Instagram from Sonam Kapoor to Sonam Kapoor Ahuja.

And so the Saawariya actress was criticised by other feminists for this decision.

But Sonam is unfazed by these reports and stands by her decision, which she asserts is her personal choice.

“I always said that I am feminist and I have a choice to change my surname to what I want to change it to. I choose to keep both,” said the newlywed.

“I just decided to do it on social media because that’s my platform to say that I made a choice. It’s my personal choice, nobody put a gun to my head,” she added.

Putting up a solid argument Sonam went on to mention that her husband, Anand Ahuja too changed his name.

Sonam who is currently slaying it at the Cannes International Film Festival as Loreal Paris brand ambassador has set the temperature soaring high with her appearances. First, she opted for a breathtaking fusion lehenga from Ralph and Russo for the red carpet, while for her second run she went with a Vera Wang couture gown.

“I am just wearing things what I like to wear. I don’t think what people are thinking of me and what they say. I just want to be myself and that’s what young girls identify with,” the Neerja actor said.

The actress who tied the knot in a traditional Sikh ceremony to Delhi-based entrepreneur Anand Ahuja on May 8 in Mumbai quips that life doesn’t change post marriage.

“It’s the same there is no difference. Your life doesn’t change that much. Women need to stop thinking that way. Work is going to stay the same, hopefully,” she said.

Talking about the reports of her moving to London post marriage, she said, “I am already living half here and half there. In last two years, nobody noticed that I am always in London. I am there for five months and I am here in Mumbai for the rest. My life has not changed and what was happening for the last few years will continue to be the same.”