Zeenat Aman will be seen in a special guest appearance in the film, where she will essay the feisty character of Sakina Begum. 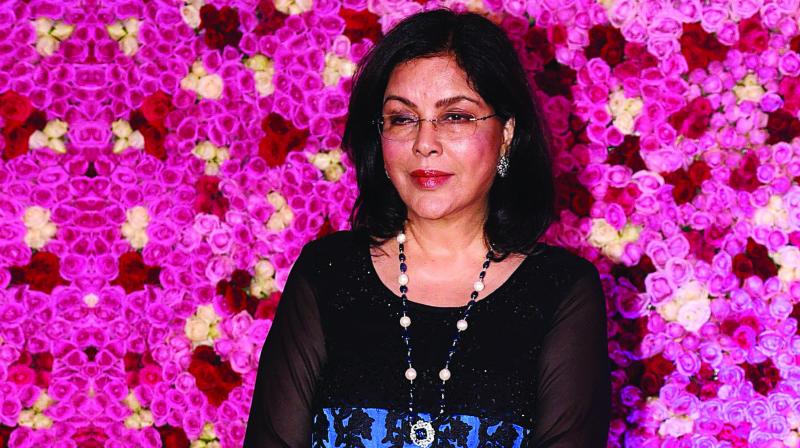 Filmmaker Ashutosh Gowariker, who has an ensemble cast for his next film Panipat, has added one more talented star to his film. The legendary Zeenat Aman will play an important part in his film.

Zeenat Aman will be seen in a special guest appearance in the film, where she will essay the feisty character of Sakina Begum. Sakina led the province of Hoshiyarganj and lived within the confines of her kingdom, away from the politics of the region. She played an important part in the battle of Panipat, when the Peshwas turned to her for help. The talented actress will begin shooting for Panipat by the end of this week.

Speaking about this latest addition to the stellar ensemble cast of the film, Ashutosh excitedly said, “It is an absolute honour and a fan moment to be directing Zeenat ji. There are many of her films that I have loved, and especially her work in them. What is most fascinating about her is her humility despite all the stardom.” Ashutosh further adds, “I am excited to reveal her look in the film now but can’t.”

Interestingly, many years ago, Ashutosh had worked with Zeenat Aman as an actor in Anant Balani’s 1989 mystery film Gawaahi.

Panipat is based on the Third Battle of Panipat, an epic battle in Indian history that took place on January 14, 1761. The battle was fought between the northern expeditionary force of the Maratha Empire and invading forces of the King of Afghanistan, Ahmad Shah Abdali, supported by two Indian allies — the Rohilla Afghans of the Doab, and Shuja-ud-Daula, the Nawab of Awadh.

The film also features Sanjay Dutt, Arjun Kapoor and Kriti Sanon in pivotal roles, and is produced by Sunita Gowariker under their home banner AGPPL in association with Rohit Shelatkar's company – Vision World. The film is scheduled to release on December 6, 2019.