After trolling and fooling around with Katrina, Arjun this time had a lovely message for the actress on her birthday. 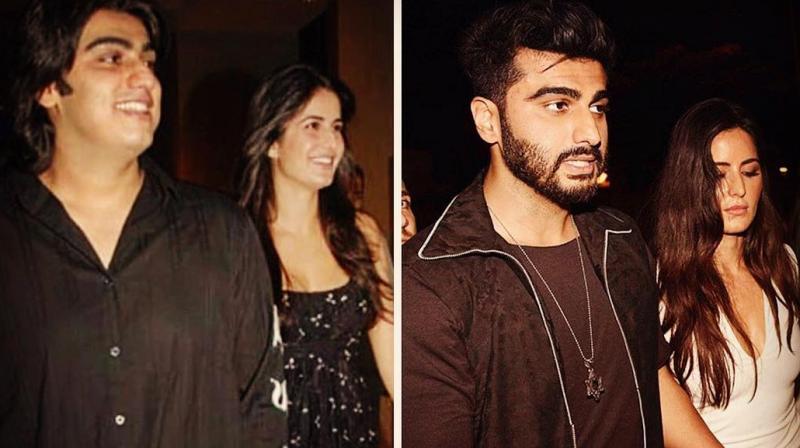 Mumbai: Katrina Kaif turned another year older on Monday and several celebrities took to Instagram to convey their birthday wishes for the actress.

But one of the best messages on the occasion was surely by Arjun Kapoor.

The actor has been on a spree of trolling the actress of late, but had a slightly emotional but fun message for her special day.

Sharing a collage of pictures of how they looked then and now, the actor not only sent us into throwback mode about their transformations, especially of Arjun who was many kilos heavier, but something that would’ve definitely made Kat emotional.

Being Cancerians and partners-in-crime, the kind they don’t discuss on social media, Arjun wished she had a good birthday and hoped she smiles more and is happier and continues to ‘kick ass’ as she is good at it. And he concluded with his unfulfilled wish of doing a film with her.

Happy birthday fellow cancerian @katrinakaif from then to now, u have been my partner in crime (the kind we don’t discuss on social media) hope u have a good one, smile more, be happy & keep kickin ass cause ur good at it... #katrinakahappybirthday !!! Ps - we still gotta do that film together... #justsaying

Well, Arjun might not have worked with Katrina yet, but he is doing the second installment of her ‘Namastey London’, titled 'Namastey England.'

Moreover, he stepped into her shoes by dedicating the song ‘Teri Ore’ from her film 'Singh is Kinng' as ‘early birthday gift’ to the actress as part of his fooling around with her on Instagram.

Previously, he had trolled her by saying she got dandruff in a photoshoot video and then saying she is ‘all clear’ in the next one.

Katrina had trolled him back, writing, “Don’t worry I know you want to try this... we’ll try it together.”

The birthday message finally put an end to the trolling, but are filmmakers noticing this camaraderie? It’d be interesting to see if one of them finally casts them together and fulfills Arjun’s wish.