The incident brings into question fans’ expectations from stars. 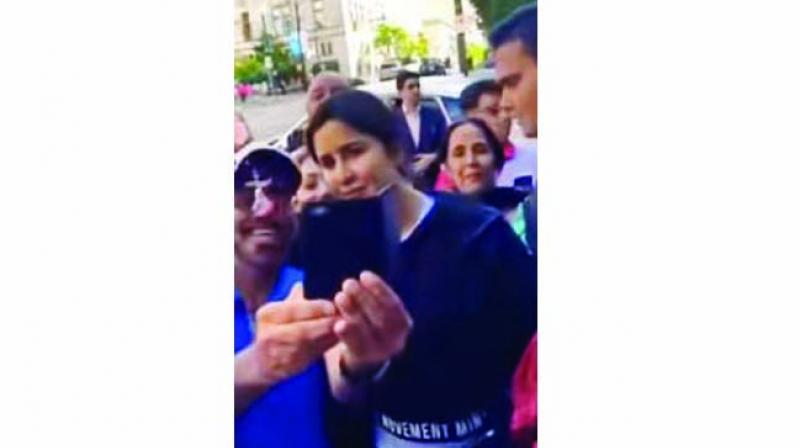 A still from the video went viral

A video that shows Katrina Kaif being heckled by some female fans in Vancouver after declining to pose for selfies with them has gone viral on social media. And while the actress, who’s there for the Da-Bangg tour, has handled the public rebuke with tremendous dignity, the incident makes us question fans’ expectations.

Diljit Dosanjh, who has done several concert tours in Canada and the USA, says that it doesn’t take much for fans to turn into foes. “You’re tired, you desperately need some rest, but you still take selfies with ten people. If you politely refuse the 11th one, they say that you have an attitude.”

The actor also had to constantly keep changing his mobile number. “The number of favour-seekers in my home state is so large that I am unable to cope. Instead of saying no to them, I change my number,” he explains.

Apparently, there’s a reason why Katrina was in no mood for selfies on the day the video was taken. A source close to the concert team reveals, “She had been rehearsing and performing non-stop. That was her only day off. She politely requested her fans to give her some time. They took offence and waited outside her hotel to boo her. Is that fair?”