Diljit's wax statue will be among other eminent Indian personalities at the museum which includes BigB, SRK and Salman Khan. 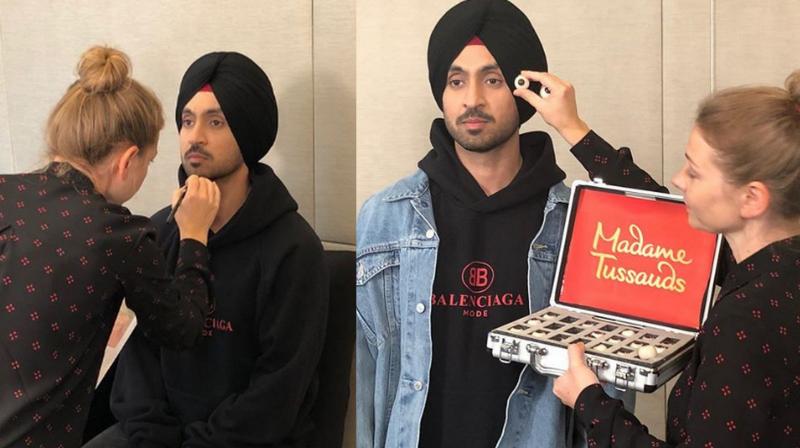 Mumbai: Popular actor and singer Diljit Dosanjh will soon join the list of celebrities who have wax models of their own at the prestigious museum of Madame Tussauds. His wax figure is under progress for Madame Tussauds Delhi.

The Punjabi superstar met up with the Madame Tussauds wax figure experts in Mumbai for his sitting in order to create his exact likeness.

The specialist team took over 200 measurements of the actor and numerous photographs in order to produce his wax figure which will be placed in the music zone of the Madame Tussauds Delhi.

Diljit took to his Instagram recently and announced the great news. He shared a photo of the props which will be used to create his wax statue and captioned the photo, “Finally Yeh Din Bhi Aa Gaya  @madametussaudsdelhi #Madamtussauds”

On the work front, Diljit Dosanjh's latest film 'Soorma' is doing quite well at the box-office. Diljit is being unanimously praised for his intense portrayal of hockey legend Sandeep Singh. The actor will be next seen in 'Arjun Patiala' opposite Kriti Sanon.