While Dharmendra's witty remark has been praised by Twitteratis, seems like it did not go down well with Hema Malini. 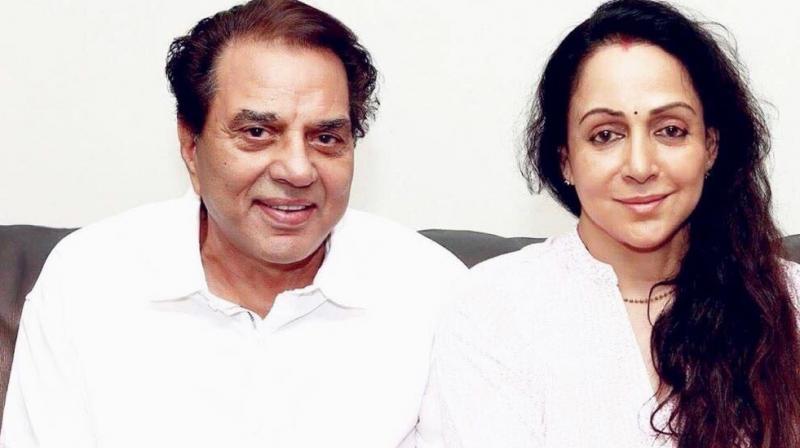 One of the pictures with Dharmendra that Hema Malini shared on Twitter.

Mumbai: Veteran actor Dharmendra is the latest to troll his wife and BJP lawmaker Hema Malini who had picked up a broom while participating in a cleanliness drive at Parliament on Saturday (July 13).

Dharmendra was asked on Twitter whether his wife had ever picked up a broom in her life. The veteran actor tweeted on Sunday that his wife had so far picked a broom only in films and her laughable attempt at cleaning looked clumsy to him too. He wrote, "Haan films main , mujhe bhi अनाड़ी लग रहीं थीं . मैं ने मगर बचपन में , अपनी माँ का हमेशा हाथ बटाया है । मैं झाड़ू में माहिर था । I love cleanliness."

While his remark has been praised by Twitteratis for his honesty, seems like it did not go down well with Hema Malini. The actor today took to his Twitter handle to apologise for his previous tweet.  The 'Yamla Pagla Deewana' star wrote that he has been misunderstood and that he will never tweet about the broom again.

Hema Malini's video of cleaning the Parliament complex with a broom along with BJP Minister Anurag Thakur as part of a cleanliness drive, surfaced on social media, and netizens were quick to take a dig at her with interesting memes for appearing awkward while handling the broom.