Bollywood actor Saif Ali Khan who turned 49 on Friday, has celebrated a birthday in London with his family. 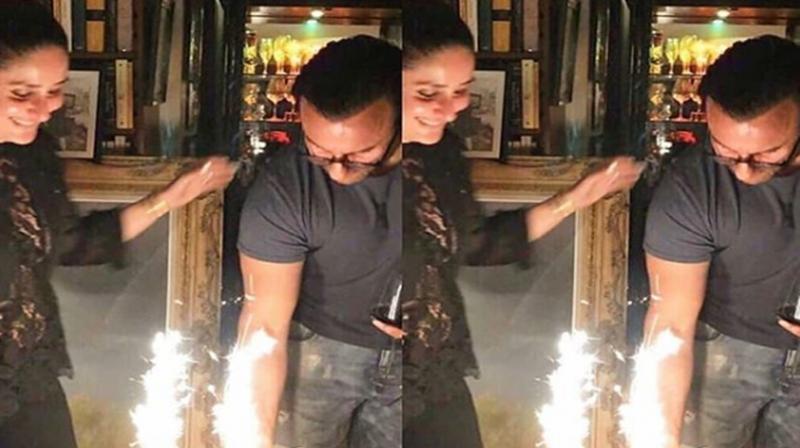 Mumbai: Bollywood actor Saif Ali Khan who turned 49 on Friday, has celebrated a birthday in London with his family. A picture of Saifu cutting cake with wife Kareena Kapoor Khan went viral on social media.

The picture shows Saif cutting a cake as Kareena looks on with a glowing face. Wearing casual t-shirt and denim, Saif is looking dapper in the photo. On the other hand, Bebo is looking gorgeous in a black ensemble.

Saif, Kareena and Taimur have been in Europe since early June. Their holiday trip began from Tuscany, Italy to now London. Hence, the mother-son duo didn't miss any chance to celebrate the Sacred Games actor's birthday in one of the favourite cities in the world. Earlier, their family picture had gone viral on social media.

Happy Birthday Saifuuu 😍❤️ We love you so much! May God bless you. ✨💕 Picture by: @kareenakapoorkhan

On the work front, Saif is working on his upcoming film Jawaani Janeman that also stars Tabu and Alaia Furniturewalla. To mark his birthday, makers of his next film Laal Kaptaan decided to share the first look teaser on Friday. The film is slated to release on October 11, 2019.