Apparently, the root of the conflict lies in Badla actress asking why Kangana had not spoken about the Tapsee-starrer Mission Mangal. 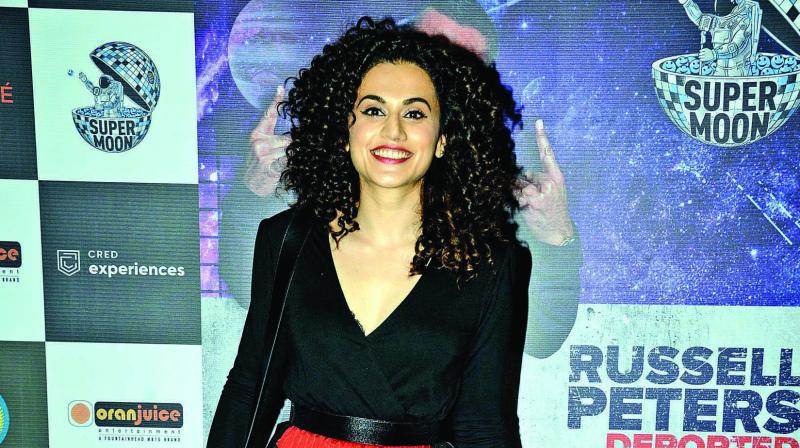 It takes very little for Kangana Ranaut and her sister Rangoli Chandel to get provoked, and their latest target of scorn is Tapsee Pannu. Apparently, the root of the conflict lies in Badla actress asking why Kangana had not spoken about the Tapsee-starrer Mission Mangal, which is a film about one of Kangana’s favourite subjects: women empowerment.

This was enough to provoke a scornful retort from Kangana’s sister Rangoli who said, “Yeh Madam is attacking Kangana everyday, arrey bhai tune kya kiya hai for what we should praise you? 2 mins role in a film lead by Akshay Kumar and Vidya Balan. Or playing character roles in Big B films or carrying same confused expression through all your film… kaun sa praise?? Making nasty remarks about a great artist isn’t enough what is there to your credit, you arnt a kid you are also 32 years Kangana’s age, what have you achieved for what we should praise you?? .”

When we reached out to Tapsee about the need to speak about Kangana, she answered, “I answer according to the question asked. If I had to speak directly about the matter, I wouldn’t have. If someone asks me a question I will obviously have to answer.”