You have the power to impact people's life positively: PM urges Mohanlal to join cleanliness movement

The Prime Minister has invited popular south Indian actor Mohanlal to be a part of the central government's 'Swachhata Hi Seva' movement. 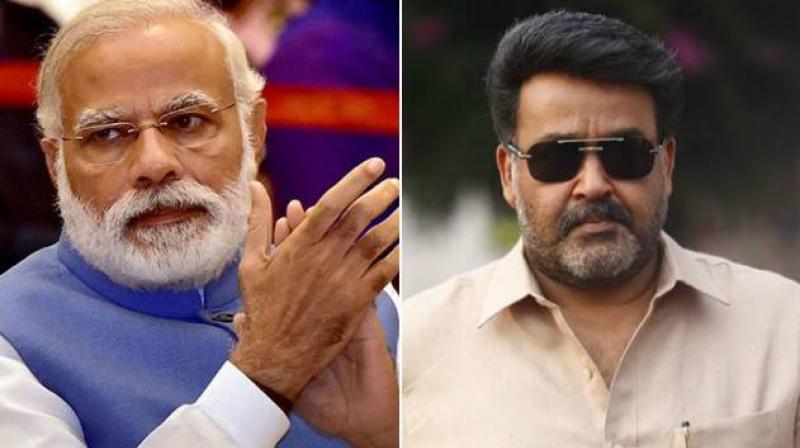 Narendra Modi had reportedly expressed his support for Mohanlal's film based on Mahabharata.

Thiruvananthapuram: Prime Minister Narendra Modi has invited popular south Indian actor Mohanlal to be a part of the central government's 'Swachhata Hi Seva' movement, saying his presence would help in connecting millions to the initiative.

In a letter to the National Award winning actor, Modi said cinema is one of the most effective media to bring about a change on a large scale.

"A clean India is the most noble service we can do for the poor, downtrodden and the marginalised," he said in the letter, which was released to the media here on Saturday by the Kerala BJP unit.

"As a much adored film personality, you have the power to impact people's life positively. I personally invite you to lend your support to the 'Swachhata Hi Seva' movement and dedicate some time for the cause of a Swachch Bharat.

"Your participation in the Swachhata mission would help connect millions to the noble initiative," Modi said.

The Prime Minister said the Malayalam actor could share his experience regarding the movement with him on the Narendra Modi mobile application.

Citing Mahatma Gandhi's dream for a clean India, Modi said, "Inspired by the Father of the Nation's noble thoughts and a faith in the spirit of 125 crore Indians, let us renew our pledge towards cleanliness."

"Leading up to Gandhi Jayanti, we can encourage widespread support for, and participation in cleanliness initiatives across India....Let us all come together for cleanliness, pay a fitting tribute to Bapu and work towards building a New India," he appealed.