Entertainment   Bollywood  17 Nov 2016  After DP and PeeCee, SRK and Ranbir to work on an international film?
Entertainment, Bollywood

After DP and PeeCee, SRK and Ranbir to work on an international film?

SRK and Ranbir Kapoor have been approached by an internationally acclaimed producer to star in his next film. 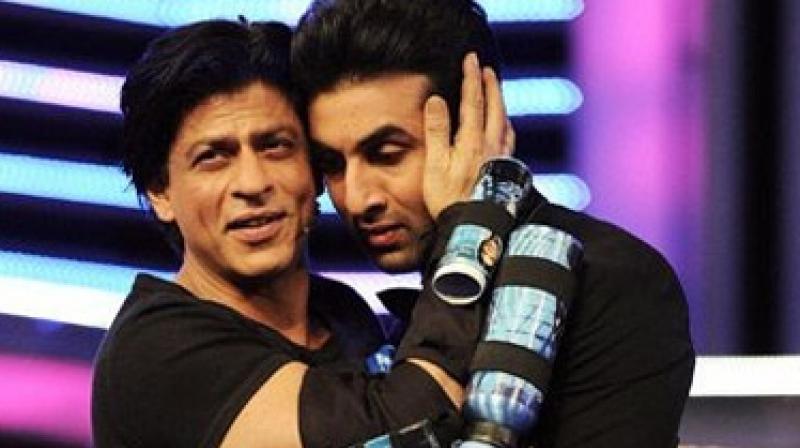 Mumbai: After the leading ladies Priyanka Chopra and Deepika Padukone raced past their male counterparts in earning the ticket to Hollywood, it is now the big guys Shah Rukh Khan and Ranbir Kapoor who will attempt to get into the big league.

If rumours are anything to go by, an international producer, Alexey Petruhin, who has worked with Hollywood heavyweights Jackie Chan and Arnold Schwarzenegger, has approached both the superstars to star in his most ambitious project ‘VIY: Journey to India’.

If the movie materialises, it will be the third instalment of the popular VIY franchise. It is for this movie that Schwarzenegger and Chan had collaborated with the celebrated Russian producer.

The film, which will be made for a whopping 40 million, may see King Khan playing the roles of both a co-producer and the male lead. Ranbir, too, was approached to play a key role in the movie.

Confirming the news, Alexey reportedly told a leading daily, “We have approached SRK to be the lead actor and also the co-producer of the film. We are awaiting confirmation from him. Other actor we have approached is Ranbir Kapoor. We want to bring SRK and Ranbir together."

We are eagerly waiting for SRK and Ranbir’s nod. C’mon boys, say ‘yes’!