Entertainment   Bollywood  17 Nov 2016  Deepika or Katrina, both were not good for Ranbir, says Kareena
Entertainment, Bollywood

Deepika or Katrina, both were not good for Ranbir, says Kareena

When it comes to speaking her mind, Kareena Kapoor Khan is not the one to hold back. 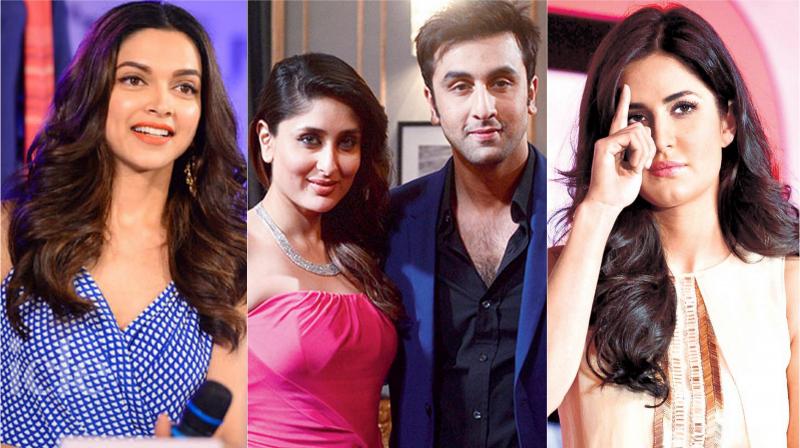 Kareena appeared on Neha Dhupia’s podcast and got talking about Ranbir’s ex girlfriends.

Mumbai: Bollywood's begum Kareena Kapoor Khan is known to be a peppy and happy-go-lucky girl with a pinch of salty humour. When it comes to speaking her mind, she never holds back. Whenever she appears on a chat show, her statements surely make headlines the next day.

Recently, Kareena, who is expecting her first baby with husband Saif Ali Khan, appeared on Neha Dhupia’s famous podcast, ‘#NoFilterNeha’, where she got talking and boy, did she keep it fun and spicy!

On Wednesday, Kareena appeared on Neha Dhupia’s podcast and got talking about Ranbir’s ex girlfriends, Deepika Padukone and Katrina Kaif. Neha asked bebo who she thinks is a better actress, Katrina or Deepika? to which Kareena instantly said, “You can’t compare the two in the acting category at all, so I would definitely say Deepika.”

Well, there’s more. Moving ahead, Neha asked Kareena who she thinks was a better girlfriend to her cousin brother Ranbir, to which bebo quickly replied, “None!”

Though we are not really surprised by Kareena’s honestly, we do wonder what the three in question, Ranbir, Katrina and Deepika have to say about this.

Meanwhile, earlier Ranbir Kapoor appeared on the same show where he praised his ex Katrina Kaif by saying that she was a really important person in his life who had a good effect on him.