Here is the final police report on Hrithik-Kangana brawl

After months of mud-slinging , the Hrithik-Kangana debacle comes to a rather shocking end. 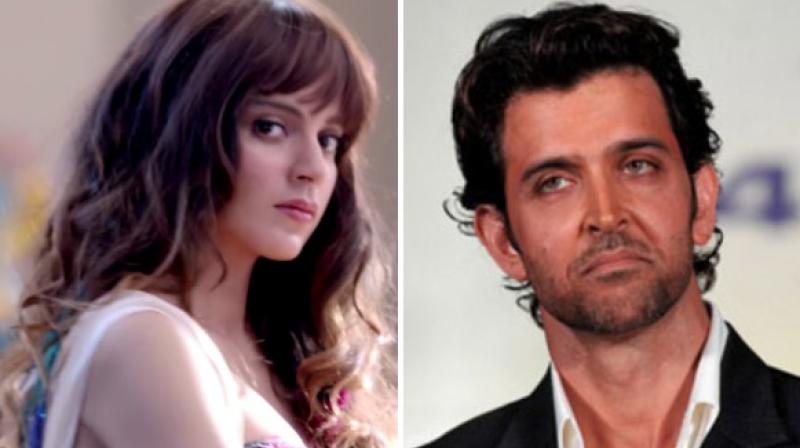 Mumbai: Even the ones involved will agree that the bitter legal brawl between Kangana Ranaut and Hrithik Roshan can be turned into a Bollywood ‘masala’ movie. Undoubtedly the biggest scandal to have ever taken place in Bollywood in recent times, Kangana and Hrithik have left no stone unturned to put each other down in public.

The controversy started when Kangana referred to Hrithik as a ‘silly ex’ earlier this year.

After making headlines with their sharp choice of words against each other, which later escalated to mud-slinging at events, the cyber crime department has submitted an NIL report indicating that the case is highly likely to hit dead end.

The Mumbai police have scanned through the private and allegedly romantic emails of Hrithik Roshan, which Kangana Ranaut claims are evidences of their secret relationship. Hrithik, on the other hand, has throughout maintained he is innocent and claims that the emails are nothing but the work of an impostor and has expressed his sorrow over Kangana not clarifying it with him first before going public.

The police have tracked down the email id hroshan@email.com, the alleged email account of Hrithik Roshan, to someone in the US. Since the IP address is not operational in India, police have failed to unmask the face behind those emails that broke into a huge scandal.

Joint Commissioner of police, Crime Branch, Sanjay Saxena told Mumbai Mirror, “We have been unable to find anything on the mail ID as the server is located in the US. Now it is very difficult to ascertain who was using the account. Still, we will try to conclude [the case] from the available evidence.”

The stars, their friends and even the parents have resorted to some serious mud-slinging in the recent past. One of Kangana’s friends even claimed that back in 2014, Hrithik followed Kangana from Switzerland to Paris and proposed to her. Later, in order to prove her claims, Kangana accused Hrithik of hacking into her email id to delete their personal conversations.

Hrithik’s legal team has rejected all of Kangana’s accusations and have suggested that she has Asperger’s syndrome and needs help.

Unable to verify the authenticity of those emails that pose as the only evidence in this high profile case based on hearsay, the police have submitted an NIL report and the case will most probably be closed without either of them winning.

“It’s a dead end. Only data from the server based in the US could have helped us in identifying the user of the email account,” a senior police officer informed Mumbai Mirror.

When Kangana’s lawyer, Rizwan Siddiquee was contacted, he told Mumbai Mirror, “We are not surprised to learn that the police have, after a thorough investigation, filed a NIL report, which means that they could not trace any imposter as was claimed by Hrithik Roshan… Kangana has always been maintaining that there was no imposter ever… No one can deny the fact that Kangana had to uselessly bear the brunt of unwarranted and uncalled for actions on the part of Hrithik Roshan.”