Entertainment   Bollywood  17 Nov 2016  Ranveer and I are chilled out; no feud: Shahid
Entertainment, Bollywood

Ranveer and I are chilled out; no feud: Shahid

Ranveer has already shot for the film during its first scheduke; 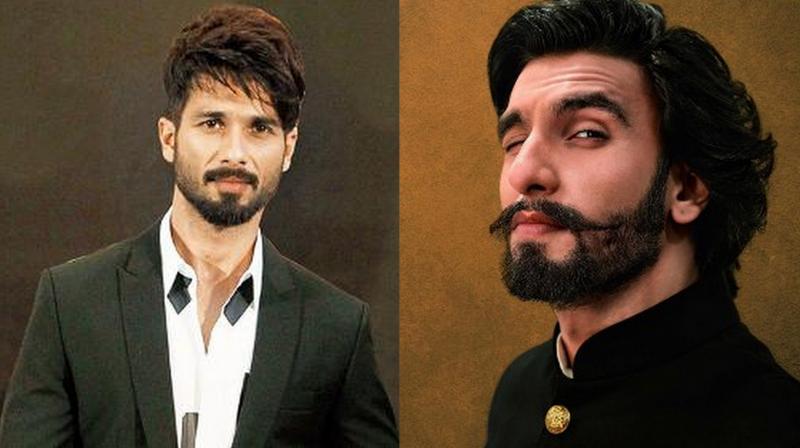 Mumbai:  Sanjay Leela Bhansali had pulled a casting coup of sorts, by getting Deepika Padukone, Ranveer Singh and Shahid Kapoor to headline his ambitious 'Padmavati'. While Deepika is to play the eponymous Rani Padmini, Shahid was slated to play her husband, the king Rana Rawal Ratan Singh.

While there had been reports of feuds between lead actors Shahid Kapoor and Ranveer Singh, over the prominence of the other in the film, none of them had come clean on the rumours.

However, in an interview with DNA, Shahid cleared the air, saying, "I am not upset, have not been upset and I doubt I will be upset. I have only been really happy and excited about being a part of 'Padmavati'. That’s all I can comment on. I can’t really comment on what somebody else is feeling or going through. I am sure he will clarify for himself. But this is a great opportunity for both of us. He’s an actor whose work I really like and I think he’s great for the role of Alauddin Khilji and it will be great for all of us to work together and make a great film. I think it’s an amazing cast."

He further added, "Ranveer and I have always been chilled out together. i have never had issues with him. I was on stage hosting when he got his debut award and I remember he was crying and it was a special moment for him. So I have kind-of seen him grow in the last six years and I loved what he did in 'Bajirao Mastani'. He and Sanjay sir are a great team, so I’m sure that will bring in a lot of goodness in the film."

Well, that clears the air on sorts of purported animosity. With everything put right on the table, fans might now await the some good period cinema.