Ranveer Singh and Sushant Singh Rajput have turned rivals over this?

Both Ranveer and Sushant have been giving each other the cold shoulder for quite sometime now. 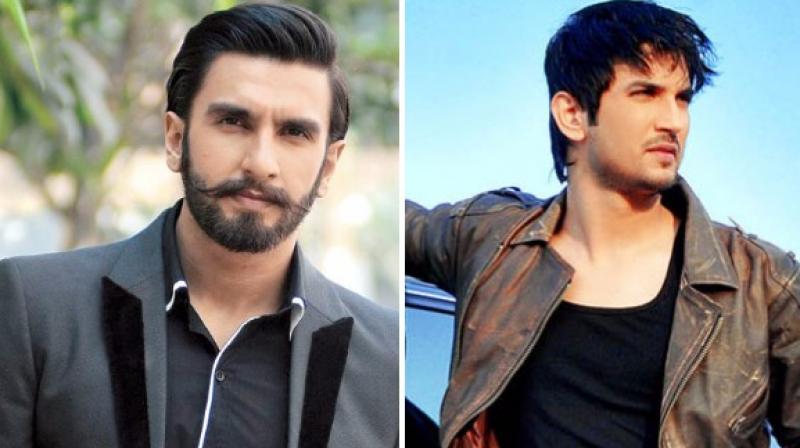 Mumbai: When Sushant Singh Rajput walked out of YRF production house, little did we know that one day we will see him turning his back on Ranveer Singh. Both the actors not only refuse to acknowledge each other on social media, they even ignore each other publicly.

Rumour mills are abuzz with stories of how Sushant has taken to heart the fact that Aditya Chopra, despite promising Sushant, gave ‘Befikre’ to Ranveer Singh.

A source informed a leading daily, “Everyone knows that Sushant left YRF because Adi had promised him ‘Befikre’ but then gave it to Ranveer. The rivalry between the two actors has continued since then. Sanjay Leela Bhansali’s ‘Goliyon ki Raasleela Ram-Leela’ was first offered to Sushant, but his dates were not available so he had to turn it down.”

This rivalry is not something that has sprung out of nowhere, they have been playing this game of cold war for quite sometime now. Earlier this year, during an red-carpet interview, Ranveer was elaborate with his answers leaving Sushant with no chance to speak. An irritated Rajput, said, “Ranveer always spoils my interviews.” If this was not enough, a few weeks later, at an awards show, Raveer walked up to Sushant only to be ignored.

The source also confirmed that the two have turned arch rivals and never talk about each other’s films on social media, not even out of courtesy!

“They have turned into bitter rivals because of how things have played out at YRF. Both are barely friendly with each other, the awkward energy is visible when both bump into each other, they don’t party together and on social media, too, they don’t acknowledge each other’s releases. Ranveer generously tweets about every second film but for ‘M S Dhoni…’ there was complete silence from his end,” the source reportedly revealed.

With ‘Befikre’ release date approaching, we can only hope the two phenomenal actors leave the past behind and hug it out!