Ranveer coldly said that he has responded to SRK’s ridiculing, on the Koffee couch. 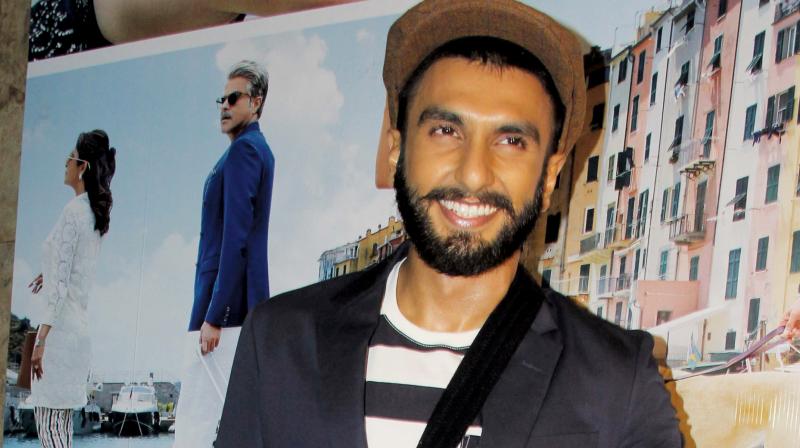 Well, this could just be the beginning of an absolutely unexpected feud in tinsel-town. Shah Rukh Khan, who is known for his exemplary wit, had made his comeback on the Koffee couch, with the fifth season of Koffee with Karan. The actor had made a hilarious comment on Ranveer’s ‘red underwear’ moment in the Befikre trailer. SRK had said that he believes they were padded, and also hilariously added that if it wasn’t the case, then he’s a fan.

While most took it as cheeky humour, we’re not sure about Ranveer.

At the launch of the fourth song from Aditya Chopra’s Befikre, You and Me, when prodded on what his response to Shah Rukh was, Ranveer coldly said that he has responded to SRK’s ridiculing, on the Koffee couch.

Incidentally, Ranveer will be appearing on the show alongside his arch-rival, Ranbir Kapoor.

The two, who have been boisterous buddies in real life, also have a palpable history to them, thanks to their equation with Deepika Padukone.

Ranveer also went on to add that he is extremely comfortable with physical nudity as he believes that when he emotes on-screen, he’s baring his soul, and he’s at his most naked, at that precise moment.

Is that what he has to say to SRK too, then? We’re guessing not.