Entertainment   Bollywood  17 Nov 2016  Shahid Kapoor is protective of Misha as he takes his family out
Entertainment, Bollywood

This holiday with the family would definitely freshen Shahid up for the shooting of the film 'Padmavati'. 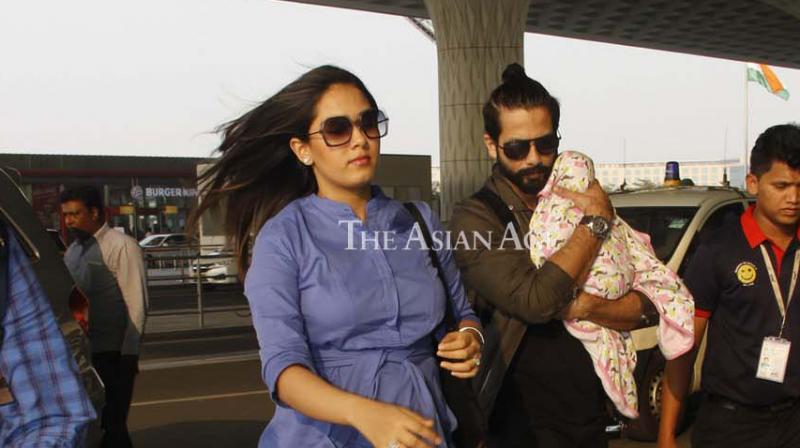 Pictures of Shahid and Mira on social media are loved by their fans. (Photo: Viral Bhayani)

Mumbai: The shooting of Sanjay Leela Bhansali’s ‘Padmavati’ has begun and a look of Ranveer Singh from the film was also unveiled recently. But it seems that one of the other leads of the film, Shahid Kapoor, will join the cast much later.

Shahid was spotted along with his wife Mira and daughter Misha as they stepped out for a journey. He definitely seems to be a protective father as he has been snapped numerous times holding the baby and protecting her from the shutterbugs. The couple definitely looked stylish as they arrived at the airport. 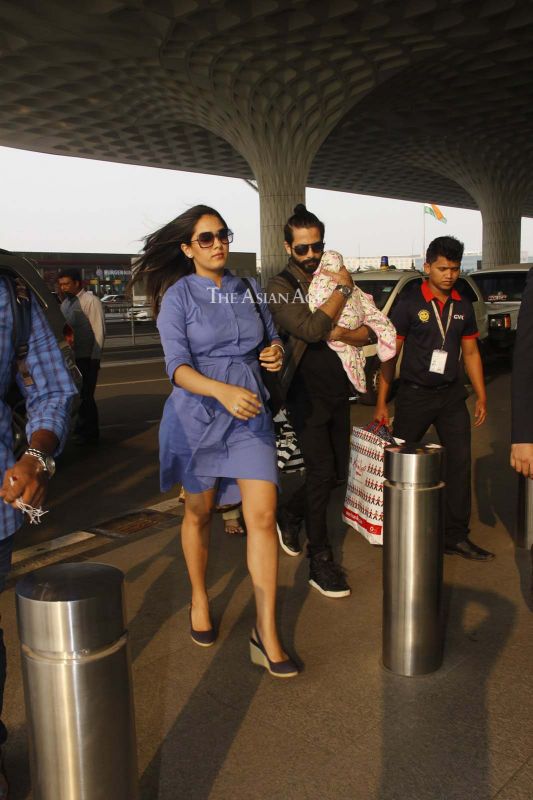 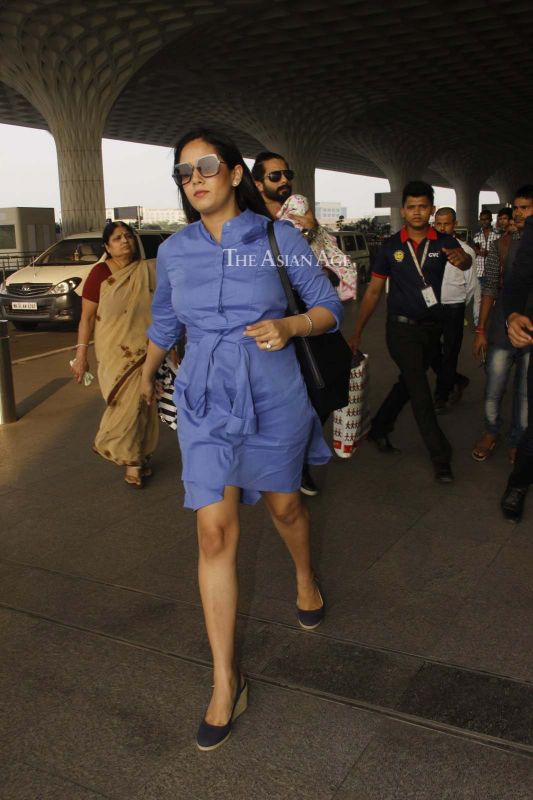 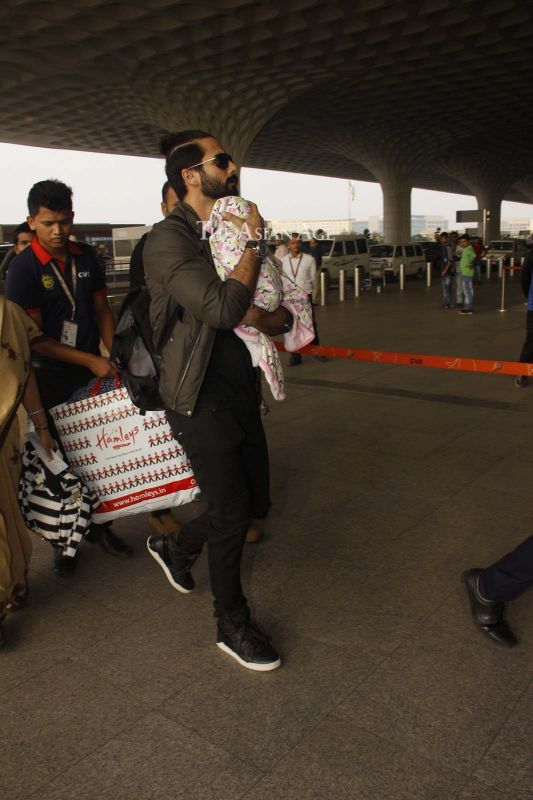 Shahid would be joining the cast of 'Padmavati' soon and this holiday with the family would definitely freshen him up for the shooting of the film.