Watch: Ranveer and Vaani have a ball shooting for Befikre

Ranveer has let his hair down,unabashedly in the film, and we aren't complain. 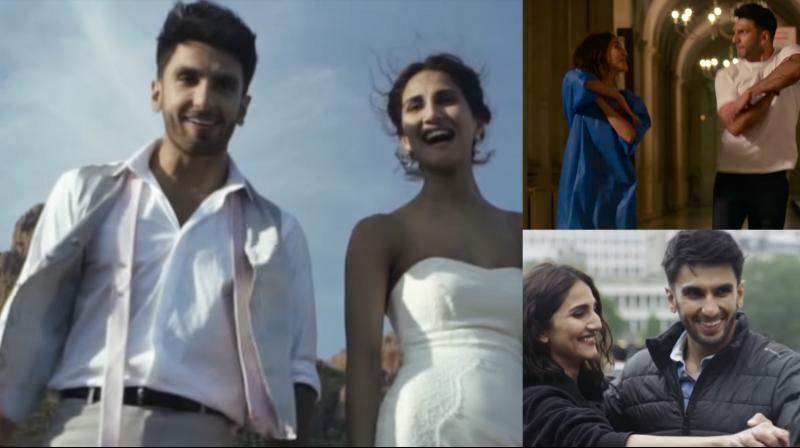 Mumbai: Ranveer Singh might have had an intense movie in 'Bajirao Mastani,' but the actor was in no mood to stick to the formula.

In his characteristic uninimitable style the actor can be seen having a ball filming the breezy song, 'You and Me,' along with lead actress Vaani Kapoor.

The song, composed by Vishal-Shekhar, has been sung by Nikhil D'Souza and Rachel Varghese.

Ranveer, who's currently prepping up for his role as Sanjay Leele Bhansali,'s 'Padmavati,' has let his hair down,unabashedly in the film, and we aren't complain.

‘Befikre’ is gearing up for a December 9 release.