Entertainment   Bollywood  17 Nov 2016  Watch: This is how Aamir Khan’s ‘Haanikaarak Bapu’ song was made
Entertainment, Bollywood

Watch: This is how Aamir Khan’s ‘Haanikaarak Bapu’ song was made

Aamir is seen playing the role of a strict father as he trains his two daughters in the sport of wrestling. 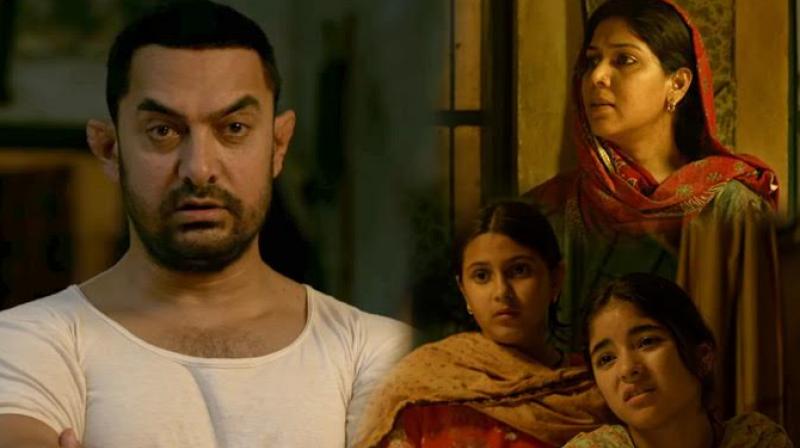 Screengrabs from the video of 'Haanikaarak Bapu'.

Mumbai: The video of Aamir Khan’s ‘Haanikaarak Bapu’ had already received a good number of views on social media since its release and viewers seem to be loving the light-hearted take on a strict father’s demanding behaviour with his daughters.

Now, the makers have shared the making video of the song and while it includes visuals from the shooting, it also includes Pritam, the music composer of the album and Amitabh Bhattacharya, who has penned the lyrics, seen playing the song for the first time to Aamir, director Nitesh Tiwari and the cast and crew of the film. And Aamir is seen laughing hearing the lyrics of the song.

Aamir is seen playing the role of a strict father as he trains his two daughters for wrestling and the song perfectly traces the mean side of the actor. However, the actor is also seen laughing during the shooting of the song.