When the Stars go au naturel

One begins to wonder if it is just make-up tricks that makes them look gorgeous. 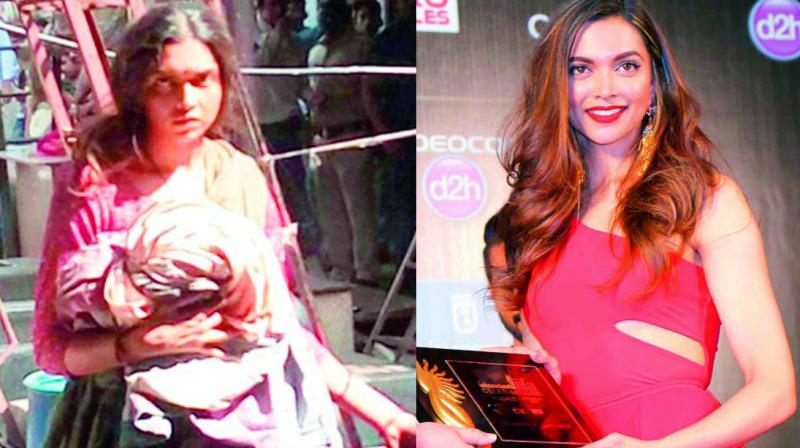 Deepika’s look for Majid Majidi's film; (right) Her glam self

Right from her debut in Om Shanti Om, Deepika Padukone has left the audience starry-eyed with her glam looks. From then on, her career has been soaring to great heights — with her latest hot, action-role in Hollywood as the latest addition to her kitty.

In her next film, the same star has got a completely de-glam look for Iranian filmmaker, Majid Majidi’s upcoming project, in which she plays the role of a dhoban (washerwoman). However, it is not the first time that Bollywood actresses have gone for a no make-up look. Alia Bhatt in Udta Punjab and Highway, Aishwarya Rai Bachchan in Sarbjit, and Kangana Ranaut in a few scenes for Queen have not shied away from showing their bare skin.

Adding to this list is Vidya Balan in Kahani 2... and they all look so plain! That’s when one begins to wonder if stars too look ordinary, like anyone else, sans their make-up, and whether it is just make-up tricks that enhances their looks. 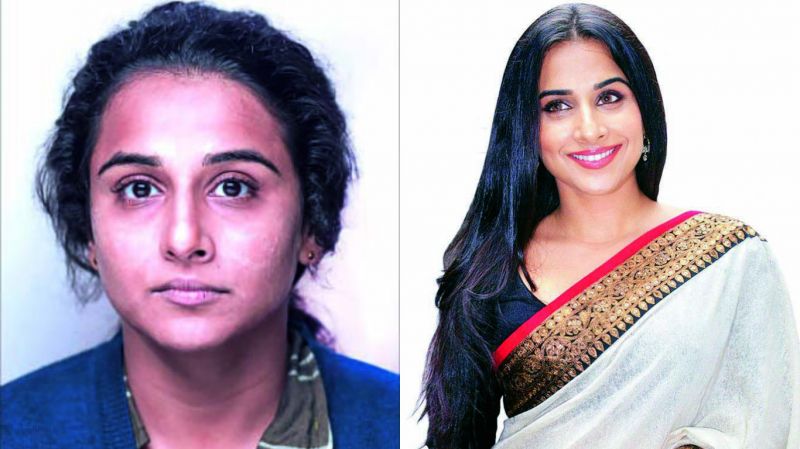 Vidya from Kahaani 2; (right) Her glam self

Make-up artists and photographers explain. “It takes double the effort to work on a deglam look and make it look like they have no make-up at all,” says celebrity make-up and hair expert, Aashmeen Munjaal. “We must understand the requirement of the role and replicate that on the artiste. While in other films, we can give completely different looks to actresses in different scenes, we ought to maintain consistency in this one. Like Alia in Udta Punjab — the cut on her nose and her bruises had to be exact throughout the movie. At other times, even though there is no makeup, there is some kind of protection on her face like a moisturiser or a BB cream. At times we have to create dark circles. It is the responsibility of the makeup artist to make the actor look ordinary,” she adds. Photographer Arvind Chenji believes that the appearance is not as important as the emotion that a photographer is able to generate in his model. “I sit my model down, talk to them and make them feel comfortable before shooting. When yo
u look at some pictures, you think it’s a sad one. This is because of the light. A lot of shadows and darkness is used in de-glam roles to set a mood,” he says.

Vikram Jammula, also a celebrity photographer and a cinematographer couldn’t agree more. “Lighting always makes a difference. For Alia’s look in Highway, a lot of natural light was used to make it look normal.

Also, for a glam role, the photographer tries to enhance the strengths in a model and uses tricks to manipulate. Alia isn’t very tall. So, I would sit down and take a picture from that angle, in order to make her look tall. If I do the same thing with Deepika Padukone who is already so tall, she would look distorted,” he says.

Celebrity make-up artist, Sandy explains, “If the director wants it to be natural and decides to let them sweat, there may be a problem in continuity. For this reason, touch-ups are usually always needed,” he says.

Ruby Cisne, who has done make-up for Manchu Lakshmi and Tapsee Pannu says, “In Udta Punjab, there was a lot of make-up used. Alia is actually much fairer than what she looks on screen. She has gone in for a sun tan look to suit the character. However, in a few scenes in Highway, she seems to not have any make-up at all.”