Entertainment   Bollywood  17 Nov 2016  While shooting with SRK, Alia and I were 'OMG' on the first day: Gauri Shinde
Entertainment, Bollywood

While shooting with SRK, Alia and I were 'OMG' on the first day: Gauri Shinde

After getting Shah Rukh on board for the film Gauri did not alter the story or plot line of this film. 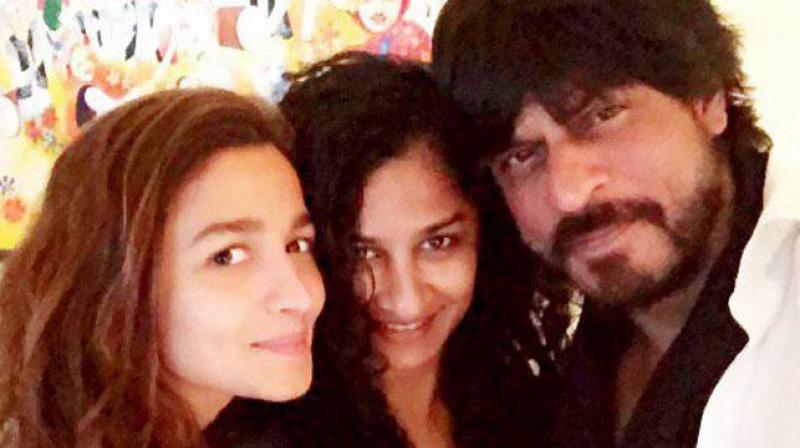 The 42-year-old director revealed that SRK never directed to make changes to the script.

Mumbai: Gauri Shinde, who has directed Shah Rukh Khan in her second film 'Dear Zindagi', said initially she was enamoured by the superstar but discovered that he doesn't throw his weight around.

"We did meetings and readings together before we started shooting. The first day of shoot was like Oh My God both for me and Alia Bhatt. It strikes you this is Shah Rukh Khan and you become aware of his personality," Gauri told .

"But because of the person he is, he doesn't come there with the baggage of being a star but he comes as an actor and puts in his best and helps all of us. He is so supportive. The first day went and it was stress free," she said.

When Gauri narrated the story of 'Dear Zindagi' to the 'My Name Is Khan' star he liked the idea and agreed to come on board.

Ask her if it was a immediate yes from SRK, she said, "Yes it was fortunately and luckily."

After getting Shah Rukh on board for the film Gauri did not alter the story or plot line of this film.

"He (Shah Rukh) is a director's dream. If he had anything to do (add or remove or change to the story) he would have done it early at the basic stage. We agreed on almost everything. We worked as a team and not thinking he is a super star."

The 42-year-old director revealed that SRK never directed to make changes to the script.

"He (Shah Rukh) never comes and tells you to change the script, he will never do that. If he feels he has to change certain things he will tell it politely, he will ask your permission. He is respectful of the boundaries of an actor and director. It shows trust and faith he has in the project."