The actor has been acknowledged for his role as a CRPF Officer in film Newton and had a special mention for his work at the 65th National Award. 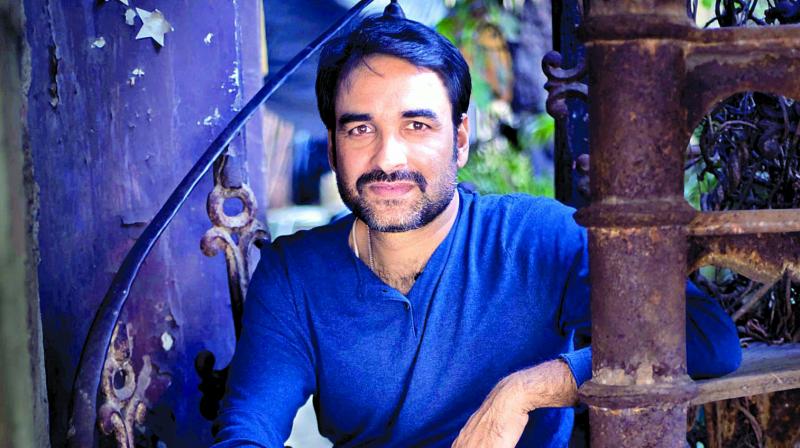 Pankaj Tripathi may not be well-versed in English and couldn’t care less about his style statement, but he is arguably one of the best actors in the Hindi film industry today.

The actor has been acknowledged for his role as a CRPF Officer in film Newton and had a special mention for his work at the 65th National Award. He has remained humble, despite his fantastic performances in films like Gangs of Wasseypur and Stree. Pankaj has found recognition and praise but has managed to stay grounded. “For many of us who have dreamed of being a part of this Bollywood industry, we have made it by fluke. But I advise those who have the talent to not hesitate. Come forward and work hard with sincerity. If they possess the required talent, even though they are outsiders, they will surely be successful. Let me tell you, the award has not made a difference as far as getting work is concerned. I had 20-23 films already.”

Ask him if his lack of fluency in English has proven to be a hinderance and he replies, “I hail from Gopalganj, Uttar Pradesh. I may not speak English fluently but it cannot hinder my success. For me, success is to be able to get work on a regular basis and I have to give my best. Undeniably, as actors we are never satisfied. However, when you come home and get sound sleep, that feels great. For me success is just a myth. All we need is to get to work on different platforms. I am happy that there are many platforms that have come up recently. So, getting work in films and now in a web series feels great to me. In Mirzapur I play an innocent guy, who is a little negative. But yes, I work for my satisfaction. Being an actor, I will never reach the point of being completely satiated though.”

Being a part of the film industry, how much importance does he give to his look and style? He smiles and says, “Looking good and wearing stylish clothes is again a ‘myth’ for me. I do not bother about my ‘airport’ look or any other look off the screen. Let me tell you, just today, I have come straight from the airport from Lucknow. Since I had no warm clothes out there, I had to buy this jacket, which I am wearing now. The actual clothes that I am supposed to wear for this event are lying in the room. I had no time to wear them. So, look and styling are clearly not my cup of tea,’ he concludes.