When reminded that Bala is his eighth consecutive hit, Ayushmann Khurrana quickly clarifies that it is actually his seventh. 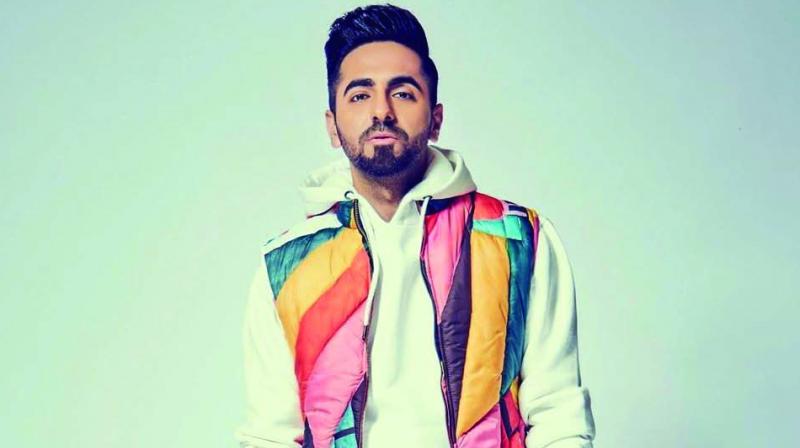 Well, to that illustrious list we can safely add Shubh Mangal Zyaada Savdhaan, which opens on 14 February 2020. The unassuming actor is breaking the records of yesteryears’ superstars Rajesh Khanna and Amitabh Bachchan who had uninterrupted streams of hits, but yet he remains humble.

“I never thought of it this way. My focus is on doing the kind of films that haven’t been attempted before. I never thought I was going to break records. I was choosing from the films that were being offered to me. I did the films that I did because I had no other choices. I never set out to be a non-conformist. Let me tell you, I loved singing and dancing in Dream Girl,” he laughs.

While Bala got more acclaim (and controversy) than Dream Girl, the actor says it was a team effort. “I remember, I was so moved by the story I hugged the director. I don’t know if Bala is my best film to date, but it is certainly my most collaborative effort. The director, Amar Kaushik, and I were constantly exchanging notes, working out character-defining details. I made the suggestion about my character being a Shah Rukh Khan fan since I can mimic SRK very comfortably,” he says.

Ayushmann had also lost a lot of weight to play Bala. “That wasn’t hard, I just had to cut down on meat. We wanted Bala to be on the backfoot not only because of his baldness but also because of the other issues that he has in life,” he explains.

Before the release of the film, it got itself into a controversy over a plagiarism issue involving a writer who claimed that the film was his story. “That was so uncalled for. I never saw that coming. I had been offered several films on baldness, but I chose the script that I liked best. What was so wrong about that? There are so many films on the theme of baldness. Some time ago there was a film called Gone Kesh. There is Bengali and Oriya film on the theme too. There can’t be any copyright on baldness. Even my Bala director Amar Kaushik is bald,” he asserts.

Nevertheless, Ayushmann describes the whole controversy as a learning experience. “I got to know so much about human nature. The experience taught me to be more careful in my dealings with others,” he concludes.