The actor, an ardent fan of the Modi-led government, liked a tweet that carried a video of the cops beating up Jamia Millia students in Delhi. 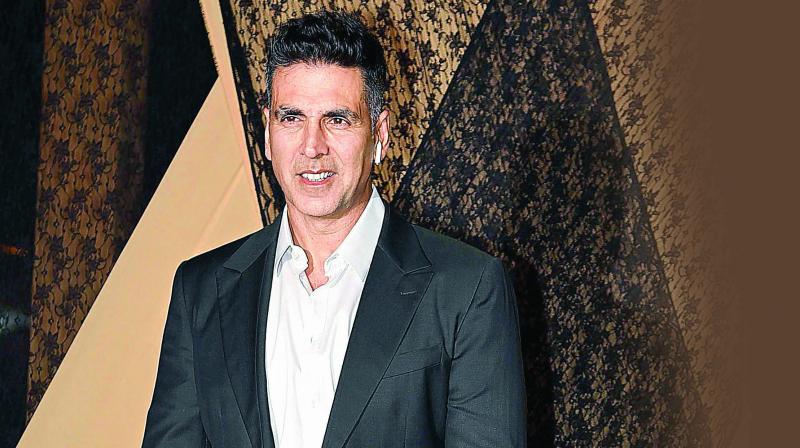 Akshay Kumar is known to dole out dollops of desh bhakti with his films while also imparting social messages of all kinds. However, on Monday morning, the superstar ruffled quite a few feathers after he pressed the ‘like’ button on a tweet carrying a video of policemen beating up Jamia Millia students, which read, “Badhai Ho. Jamia Mein Azaadi mili.”

Soon after, thousands of Twitter users started abusing Akshay for ‘liking’ the attacks and called him a hypocrite, compelling the actor to remove the ‘like’ and issue an explanation.

“Regarding the ‘like’ on the tweet of Jamia Millia students, it was by mistake. I was scrolling and accidentally it must have been pressed and when I realised, I immediately unliked it as in no way do I support such acts (sic),” he tweeted.

However, the Twitteratti were in an unforgiving mood and continued to troll him by invoking his Canadian connection as well. While Akshay recently announced that he had applied for an Indian passport, Twitter users were neither appeased nor pleased.

“Shame on you @akshaykumar. You should be stand WITH JAMIA.. and raise your voice against #CAA #IndiaAgainstCAB,” wrote one user, while another implored, “Oh then pls tweet something in the favor of #Jamia #AMU students.”

Matters didn’t end there. Soon, a trend called #BoycottCanadianKumar emerged and the microblogging site patrons issued a fatwa to boycott his films, starting with Good Newzz, which is up for release soon.

This is not the first time Bollywood stars have ‘goofed up’. In March this year, when Good Newwz producer Karan Johar released Akshay’s film Kesari, a Twitter user while praising Akshay and Kesari, likened the collections to Zero and abused Shah Rukh Khan, while Karan inadvertently pressed the like button. Soon, a trend called #ShameOnKaranJohar emerged and Karan had to apologise with a rather detailed explanation.

“Guys having a technical problem with my Twitter account! Strange things are going on! From uploading shoe pictures and gibberish to liking tweets I haven’t even read and would NEVER even acknowledge! Please bear with me and I apologise for any inconvenience! Sorting it out asap! (sic),” he had posted.