Siddhant Chaturvedi and Sharvari roped in for 'Bunty Aur Babli 2' 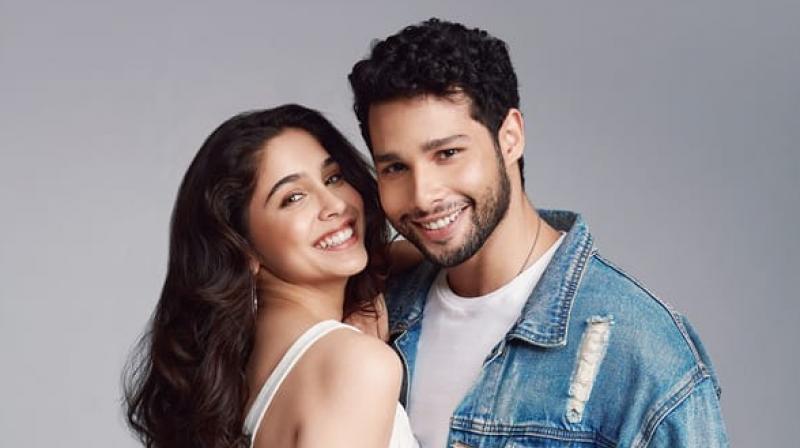 Mumbai: It’s official! Yash Raj Films is making Bunty Aur Babli 2 and it has completely rebooted the film to be set in today’s day and age. The much-anticipated sequel will see a huge time leap of 10 years and introduce an incredibly fresh pair as the talented conmen Bunty and Babli. We can now reveal that Siddhant Chaturvedi, the Gully Boy hunk who played the role of MC Sher with elan, is the new Bunty and YRF is launching a new heroine to watch out for with this franchise. Babli will be played by Sharvari, a stunningly gorgeous girl from Mumbai that YRF discovered last year and has been grooming her since then.

YRF has always opened its doors to welcome supremely talented artists like Ranveer Singh, Anushka Sharma, and Bhumi Pednekar and launched them with films that went on to become cult classics. Sharvari, naturally, becomes a talent to watch out for. YRF has also always launched several new directors under its banner and Bunty Aur Babli 2 will be directed by Varun Sharma, who was an Assistant Director on YRF’s biggest blockbusters Sultan and Tiger Zinda Hai.

“Bunty Aur Babli 2 is completely set in today’s time. Siddhant caught everyone’s eye with his brilliant acting debut in Gully Boy and became the heartthrob of the nation. We are very excited to have him play the role of Bunty. He is a superb actor, is extremely charming and he fits the role perfectly. Sharvari is an extremely special actress to watch out for. She is a powerful performer and you have to watch her on-screen to understand what we mean. Given the film and the roles, they are definitely the perfect casting. They are a fresh, hot pair and their chemistry and energy is infectious,” says Varun, who is also the writer of the sequel.