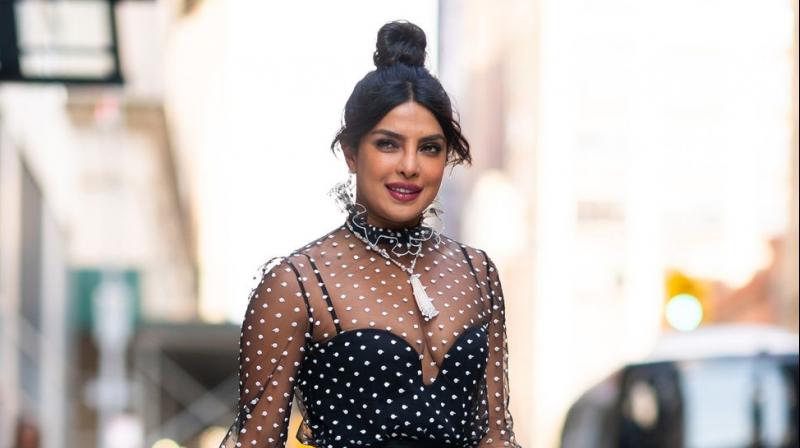 In the post, the 39-year-old actor also tagged Jonas with whom she tied the knot in 2018. (Getty Image)

Mumbai: Actor Priyanka Chopra Jonas, who has been busy promoting her upcoming film "The Matrix Resurrections", on Friday blasted a media organisation for referring her as "the wife of Nick Jonas" in a report.

Chopra Jonas took to Instagram to share a screenshot of the news report and said she fails to understand why this happens to women even today. The actor, however, did not disclose the name of the media organisation.

"Very interesting that I'm promoting one of the most iconic film franchises of all time, and I'm still referenced as 'the wife of...'," she wrote.

"Please explain how this still happens to women? Should I add my IMDb link to my bio?" she said.

In the post, the 39-year-old actor also tagged Jonas with whom she tied the knot in 2018.

Earlier this year, Chopra Jonas had taken an Australian journalist to task after he questioned if the star and her husband were qualified to announce the Oscar nominations.

In her response, Chopra Jonas shared a video listing over 60 credits from her almost two decade-long career -- at home in Bollywood, including "Mary Kom", "7 Khoon Maaf" and "Bajirao Mastani", her international debut with the ABC series "Quantico" to her Hollywood feature debut "Baywatch".