After her subtle dig at the grand Virushka wedding, the actress did it again at the recently held 'Dil Juunglee' trailer launch. 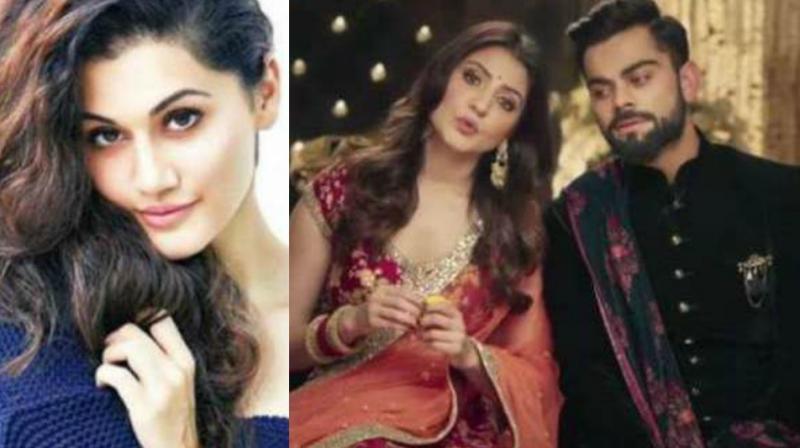 Mumbai: Bollywood actress Taapsee Pannu had earlier made a statement, calling it a wedding season, and stated that she won't marry a cricketer or a businessman. This looked like she took a subtle dig at the grand Virushka wedding.

And the actress did it again! At the recently held 'Dil Juunglee' trailer launch, Taapsee said she won't hide her marriage.

The actress was asked if she is getting married soon, to which she gave the standard response, "I'm not getting married anytime soon." Her 'Dil Juunglee' co-actor Saqib Saleem then interrupted and said, "Everybody's getting married in hiding, in Spain or Italy." Hearing this, Taapsee blushed, covered her face and said, "But I won't hide my marriage."

That would be a refreshing change to see, after Anushka Sharma, Ileana D'Cruz and Surveen Chawla kept their marriage hidden from the media glare.

Produced by Vashu Bhagnani, 'Dil Juunglee' is slated to release on 16th February, 2018.