We should learn to age gracefully, says Karisma Kapoor

The former actress also talked about the power of social media and the reach it offers its users. 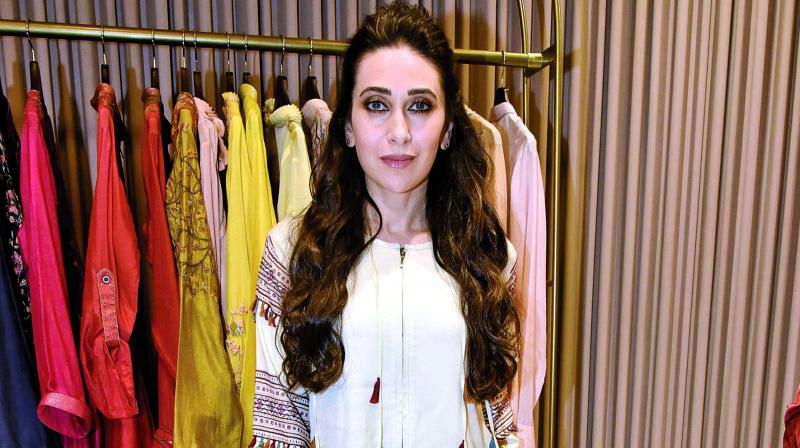 During her recent appearance on Ishq 104.8 FM’s show ‘What Women Want’, Karisma Kapoor, who has stayed away from films for quite a while, but is extremely active on social media, talked about staying relevant in today’s day and age with sister Kareena Kapoor Khan.

The former actress also talked about the power of social media and the reach it offers its users. “Social media has given me a chance to be connected with my fans, to have a lot of younger fans, lot of exposure. Like on Instagram, the fan base is between 18 to 25, which is amazing for me to have such young fans,” she said.

When talking about the pressures of making a ‘comeback’ in the industry, Karisma applauded Kareena and called her an inspiration. She said, “It’s unfair because there is a lot of pressure on that person. In offices, if anyone goes on maternity leave and comes back after that, are they making a comeback in the office? It is unfair pressure.”

Hinting at the pressure actors have to deal with, Karisma says, “We have the added pressure because we are from the entertainment industry. But I think we are changing in the industry and you (Kareena) are the biggest example, I would say. You are even more successful than you were before becoming a mom. So the game is changing.”

Highlighting unsettling statements made by girls as young as 20, who worry about looking old, Kareena asked Karisma if there is a lot of pressure on young women to look even younger. To this, Karisma said, “I think it’s happening globally because there is so much exposure everywhere. Because of social media, everyone wants to look good. There is so much awareness out there. If you see me in my 20s, I look better groomed today than how I looked in my 20s. So please don’t feel like that. We should all learn to age gracefully.”