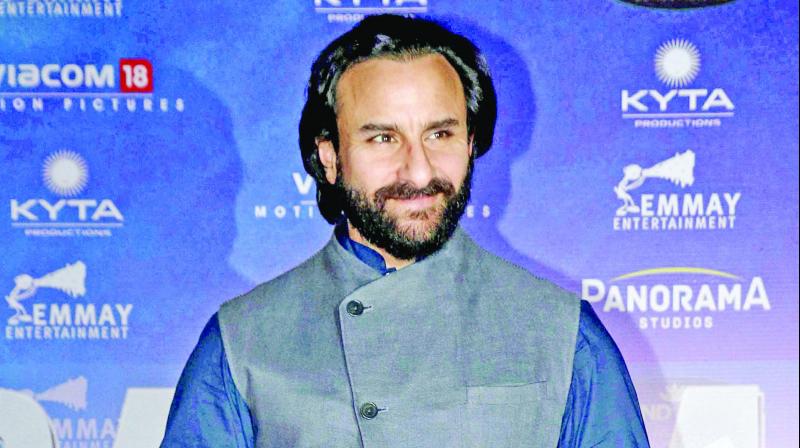 The two actors, Ajay Devgn and Saif Ali Khan who are reuniting on-screen after nine years for the much hyped period drama Taanaji: The Unsung Warrior are leaving no stone unturned to make it a success.

Pitched against each other, Ajay essaying the title role of Subedar Taanaji Malusare and Saif  the antagonist, Udaybhan Rathod will require them to go bare-chested for a hand-to-hand combat for the climax of the film.

Both the actors, above 50 are working hard towards that perfect torso that they can expose to the camera with pride and confidence.

Says a source close to the development, “Actually Ajay Devgn has always been very fit. So he doesn’t really need to work towards the perfect torso. Saif on the hand, tends to get lazy about his physical fitness. He needs to work really hard to match Devgn’s bare-chested act. He’s getting there.”

While Ajay plans to wrap the shooting for Taanaji by May, Saif has finished his first schedule and soon will be kick starting the second. Directed by debutant director Om Raut, and co-produced by Ajay and Bhushan Kumar, the film is scheduled for November 22 release.