Entertainment   Bollywood  18 Feb 2019  At 50, can do whatever I used to in my 20s, says Ajay Devgn
Entertainment, Bollywood

Beginning his career in 1991, Ajay Devgn has done over a hundred films across various genres. 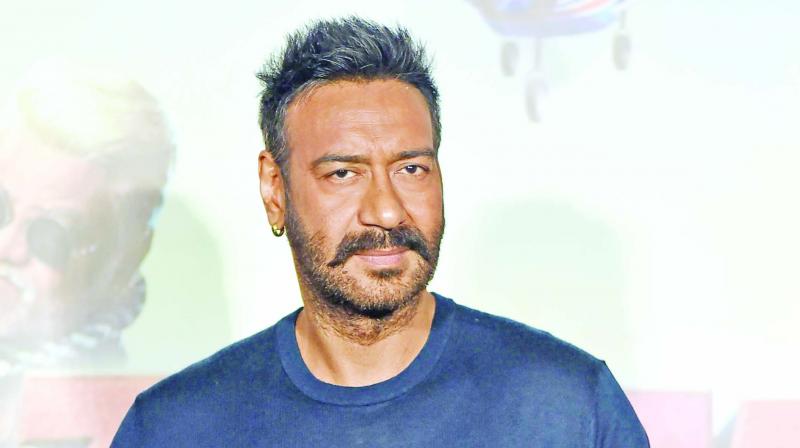 Beginning his career in 1991, Ajay Devgn has done over a hundred films across various genres. Over the years, he turned producer as well and now, he is gearing up for the release of his upcoming film Total Dhamaal, which sees him as an actor as well as co-producer. However, Ajay says that he feels no pressure, as he is quite sure about the quality of the film.

“There is no pressure because I think the film has shaped up well. I had a two-hour laugh riot when I read the script. I found it too funny and that’s how the film has shaped up. Rest, the audience will decide so I never crumble under pressure,” says Ajay, adding that the film is apt for family viewing, as that’s how he wanted it to be. “I have been very clear that my film has to be for the family audience. I convey this to everybody I work with and I try my best to do that. We have got a U certificate, which is very rare for any normal film also to get,” he shares.

But despite his confidence in the film, the actor acknowledges that filmmaking can be a risky business and says, “Filmmaking is never easy; we have to make so many decisions. But if you organise things, then you are sorted.” He also isn’t quick to blame the digital space for challenges experienced in cinema and is convinced that theatres are here to stay. He says, “The digital space is not a threat. When it started, we thought it would be a threat but even in Hollywood, it has not affected the business. They are two different experiences. When you are out, you either go to a restaurant or to a movie, so there are not too many options that we have. Theatres are not going anywhere.”

Since the actor will be essaying a humorous role in Total Dhamaal and has done quite a few comedy roles in his career, we ask him if it’s the genre that attracts him. But to this Ajay says, “For an actor, it’s never the genre. It’s always the role. Having said that comedy has never been easy, irrespective of how you are in your personal life.”

And the actor intends to keep pushing the limit when it comes to roles, as age doesn’t hinder his choices. Though he will be turning 50 soon, Ajay refuses to slow down, especially when it comes to playing the tough guy. “I love ageing. I tell people often that I am turning 50 and I also tell them that at 50, I can do whatever I used to do in my 20s. If I couldn’t, then I would say that there is insecurity, but there is no insecurity right now. Even with action sequences, if you can pull it off as you used to in your 20s, then you should be proud of it. I still try my best not to use body doubles for any of my action scenes. I still stick to that,” he avers.

Ajay is also a believer in the adage, ‘experience is the best teacher’ and says that, over time, he has accumulated ‘filters’ that help him choose better scripts. “With experience, you learn a lot of things. You learn what not to do as well, so those filters keep coming in. You can’t say these filters are coming now because I am ageing. All the filters get applied automatically as they are organic.” But the actor has not yet turned his back on content-driven films and says that he is still open to exploring them. “People have said that I have been ahead of times in terms of the choices I made, because at that point, no commercial actor would touch a space like Zakhm, Raincoat or anything else. Now, everybody is doing that and right now also, I am open to it. I did Raid, even that was in that space,” he points out.

If there’s one thing he isn’t comfortable with, it’s doing films out of friendship. But the actor admits that it’s hard to stay resolute in this decision. “It gets awkward, but I won’t say I have stopped doing films for friendships. I want to draw a line as an actor. This is what we keep thinking, but again something happens and you get emotional and do it. I don’t think we will change,” he says.