The film is all set to go on the floor towards the middle of the year which will be filmed in Mumbai and abroad as well. 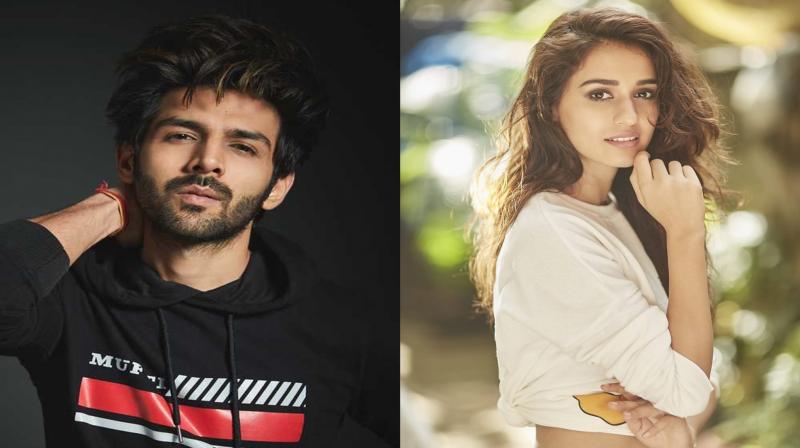 Mumbai: Producer Bhushan Kumar and director Anees Bazmee have come together for an untitled Rom-Com starring Disha Patani and Kartik Aaryan. This film will be produced by both, Bhushan Kumar, Krishan Kumar and Anees Bazmee. The film is all set to go on the floor towards the middle of the year which will be filmed in Mumbai and abroad as well.

After the confirmation of this big news the producer, Bhushan Kumar said, "This one is a classic Anees Bazmeestyle rib-tickler romcom which will have everyone in splits.” Talking about his leading man, Bhushan Kumar said that he likes the way Kartik slips into his characters effortlessly. “Disha’s work I have seen in Bharat which we are producing, she is a good performer. It’s always interesting to present a fresh pairing on screen,” he shares.

The film is special for director Anees Bazmee because this film will mark as his first romantic film after a decade, his last romantic film was Ajay Devgan-Kajol starrer Pyar Toh Hona Hi Tha in 1998. While talking about his special Rom-Com Anees said, "My journey with family-centric comedies has been a blast and now I’m looking forward to this one,”

Actress Disha Patani admits that she has grown up on Anees’ films which made her laugh her heart out and was longing to do an out-and-out comedy since a long time. “In this one I play a girl-next-door who I can easily relate to. The characters are college students and there can be no better costar than Kartik who is a pro at comedies,” Disha concludes with a smile.

Interestingly while this film will see young new pair of Disha Patani-Kartik Aaryan, this film will also mark as the third collaboration of Kartik Aaryan with producer Bhushan Kumar as Kartik previously done Sonu Ke Titu Ki Sweety and recently announced a remake of Pati Patni Aur Woh. Kartik Aaryan shared his excitement “I’m sure it will be a crazy, fun ride, Anees Bazmee style”.