Suhana Khan reveals the actor she wants to date

It’s no secret that King Khan’s daughter wants to follow her father’s footsteps and join the acting industry. 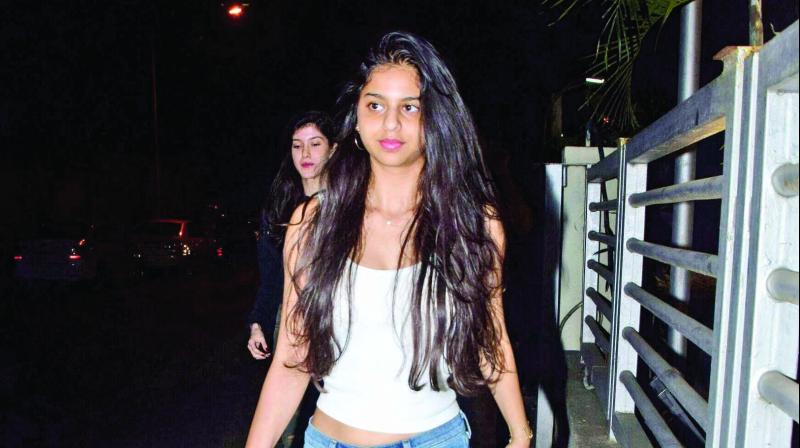 It looks like Shah Rukh Khan’s apple of the eye, daughter Suhana Khan has finally grown up and wants to enter the dating pool. In a recent ‘Ask Me A Question’ session on Instagram, the 18-year old revealed the name of the actor she’d like to date.

Asked by a fan, ‘Actor you wanna date?’ Suhana answered the query by posting a photo of the South Korean pop singer Kim Jun-Myeon, popularly known by his stage moniker ‘Suho’, who is also an actor, songwriter, and model. It’s certainly a revelation that Suhana is a K-Pop fan, and even captioned the picture with “him”.

It’s no secret that King Khan’s daughter wants to follow her father’s footsteps and join the acting industry. In an interview with Vogue last year, she was very vocal about  her acting aspirations. Suhana, who studies at Ardingly College in UK, had also participated in her college production of Romeo and Juliet essaying the role of Juliet for which her supporting father had flown to London to attend.