After Tutak Tutak Tutiya, Tamannaah and Prabhudeva to star together in thriller

Tamannaah will be seen playing a character who is deaf and mute in the film to be directed by Chakri Toleti. 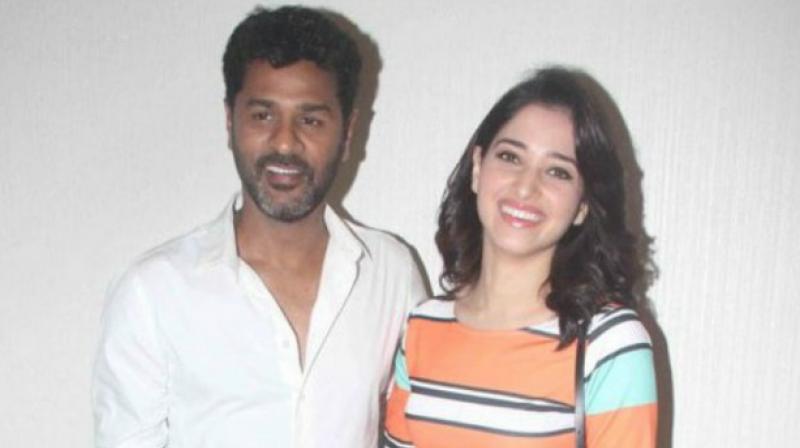 Mumbai: Tamannaah Bhatia is all set to feature in the much anticipated 'Baahubali: The Conclusion' releasing later this month, but the actress has also signed on another interesting project.

Tamanaah is gearing up for her next thriller starring Prabhudeva where she would be seen playing the character who is deaf and mute. The film that has entirely been shot in UK has created quite a stir in the international market and for having foreign technicians on board.

About the film, Taman​naah stated, "‘Baahubali’ helped me to realise that people want me to do different characters and now I have shot for a film in which I play a deaf and mute girl. It is a Hindi thriller produced by Vashu Bhagnani sir.​"​

The film is a remake of yet to release Tamil film ‘Kolaiyuthir Kaalam’ a thriller which is a ferociously terrifying tale of a young lady played to be played by Tamannaah. The film is produced by Vashu Bhagnani and Deepshikha Deshmukh; it is directed by Chakri Toleti and also stars Bhumika Chawla.