Entertainment   Bollywood  18 Apr 2017  No, Golmaal Again is not postponed, will clash with 2.0, Secret Superstar
Entertainment, Bollywood

No, Golmaal Again is not postponed, will clash with 2.0, Secret Superstar

The makers shared a picture of the lead actors from the sets and confirmed that the film is releasing on Diwali. 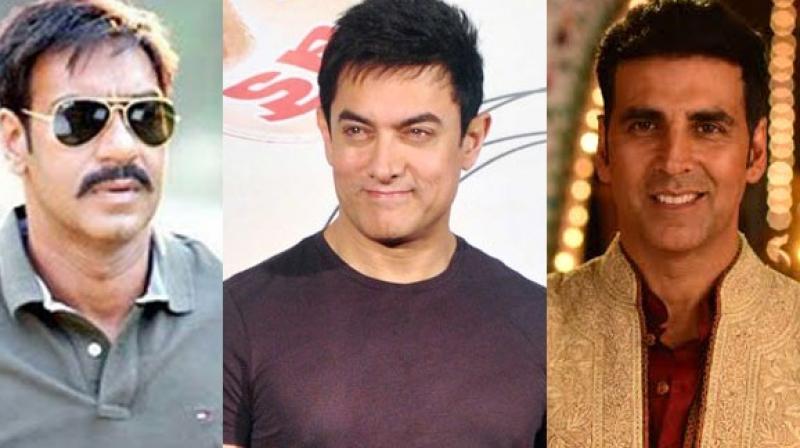 Mumbai: After providing audiences with lot of laughs with their antics in the first three installments, the 'Golmaal' franchise is ready to return with a bang.

The shooting of ‘Golmaal Again’ kicked off few weeks back and the cast and crew have been treating fans numerous pictures and videos from the sets.

After wrapping a schedule in Mumbai, the team has set off to Hyderabad.

One of the producers Ajay Devgn and producer-director Rohit Shetty had announced the release date of Diwali for the film. At that time, the makers of the Amitabh Bachchan-starrer ‘Aankhen 2’ had also announced the same release date and festival was then billed as a clash between Ajay and Bachchan.

However, incidentally both the films got delayed and two other films Rajinikanth-Akshay Kumar starrer ‘2.0’ and Aamir Khan’s ‘Secret Superstar’ also announced the Diwali release date in the meantime.

There were reports that Ajay and Rohit were planning to postpone the release date as they did not want to clash with, especially ‘2.0’ and some had even claimed that they had already done so.

Ajay and Rohit, however,  did not clear the air on the reports.

However, with the shooting of the film now going on a great pace, the makers have confirmed that there is no change in the release date and that the film will be coming out on Diwali.

The official Twitter account of the film shared a colourful picture of the team, Ajay, Parineeti Chopra, Tabu, Arshad Warsi, Shreyas Talpade, Tusshar Kapoor and Kunal Kemmu posing with kids on the sets and confirming that the film will be coming out on Diwali. 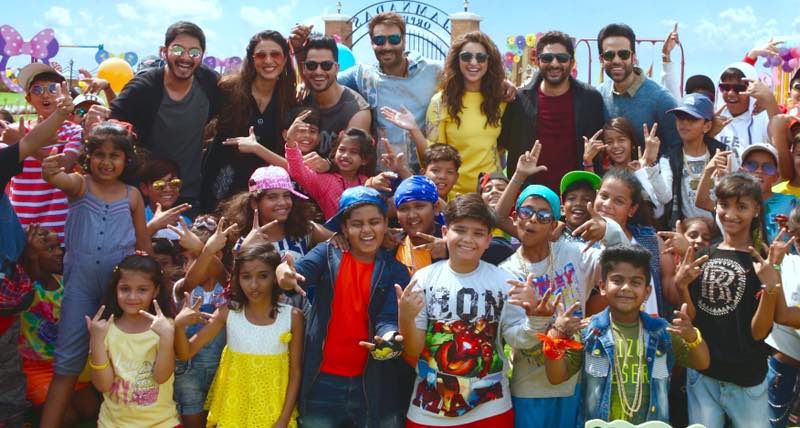 While we have seen two superstars clashing at the box office frequently, seen recently with ‘Raees’ versus ‘Kaabil’ or ‘Rustom’ versus ‘Mohenjo Daro’, it would perhaps be the first time three superstars, Akshay, Ajay and Aamir will be clashing.

But with Akshay having megastar Rajinikanth by his side, no prizes for guessing who has the upper hand here.