Actress says she is thrilled with response to comeback film; looking at more films now. 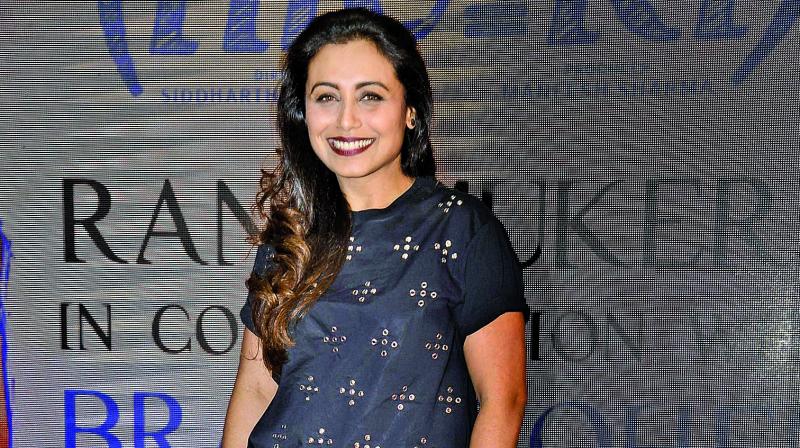 Rani Mukerji is justifiably in seventh heaven, what with her comeback film Hichki being so well-received at the box-office.

Now, after the gruelling shooting and promotion schedules, Rani is yearning for a holiday. “It’s time for me to go away, maybe out of the country with my daughter Adira and my family. I want to relax and spend some quality time with her and give her back all the time I stole from her during the shooting. I have not yet decided which country to go to. Maybe London, but I will have to ask my daughter first,” she jokes.

Asked about how she managed to retain her glamorous look post her baby, Rani says, “I feel I should look beautiful all the time, more so when my husband comes home. If a woman welcomes her husband home with a glamorous look, he just might take her on a dinner date, you never know,” she laughs.

Rani is not big on cooking, but does try her hand in the kitchen sometimes. “I like to cook Italian dishes, but not everyday khana. But yes, on Sundays I cook an omelette for my husband who tells me it’s the best in the world,” she says. For Bengali food, Rani gets help from her mother, who regularly sends food from her house for Aditya [Chopra].

Rani is now looking at doing more films under the YRF banner and outside, too. “I was waiting to see how people received Hichki and am very happy with the reaction. I had kept a few films on hold but will now go ahead and do them. I am open to doing films outside the YRF banner, too,” she adds with a smile.