Shonali met Abhishek recently on the sets of Anurag Kashyap's 'Manmarziyan' and shared the idea with him. 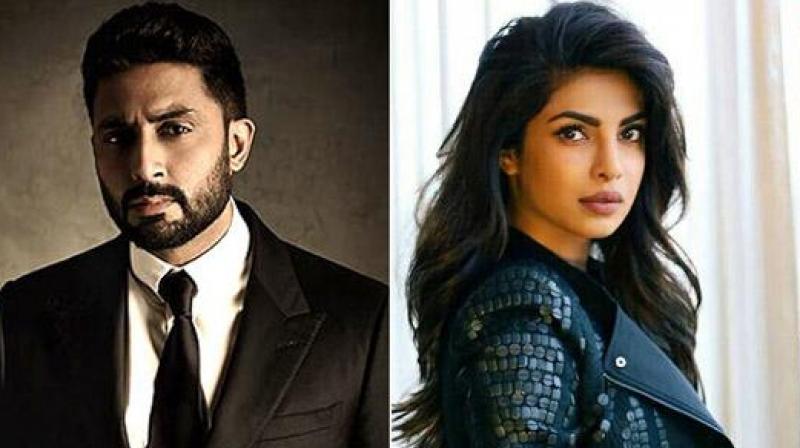 Mumbai: Bollywood actress Priyanka Chopra, now an International star, will be seen on silver screen after a long gap in Salman Khan’s upcoming film 'Bharat'. The film is being helmed by ace filmmaker Ali Abbas Zafar. and now according to media speculations, filmmaker Shonali Bose (of Kalki Koechlin’s ‘Margarita with a Straw’ fame) has roped in Priyanka Chopra and Abhishek Bachchan for her next project.

According to a report in Mumbai Mirror, Shonali has approached Priyanka and Abhishek to play mom-dad, Niren and Aditi Chaudhary, to the teenager in the film. Shonali met Abhishek recently on the sets of Anurag Kashyap's 'Manmarziyan' and shared the idea with him.

A source revealed to the daily, “Shonali met with Abhishek recently on the sets of Manmarziyan and shared the idea with him. He liked it and she will be giving him the final narration soon. If he comes on board, Priyanka and he will play parents to the young protagonist casting for which is currently underway. Meanwhile, Shonali is working on the script and hopes to start shooting by the year-end.”

Priyanka and Abhishek have worked together inseveral Bollywood films like 'Bluffmaster', 'Drona', 'Dostana'. If the duo comes on board for this film, it will mark their reunion after a decade!

While Priyanka will be seen in Salman Khan's 'Bharat', Abhishek Bachchan has wrapped up shooting in Kashmir for Anurag Kashyap's 'Manmarziyan' co-starring Vicky Kushal and Taapsee Pannu.