The former beauty queen posted an Instagram picture which has rankled the online world. 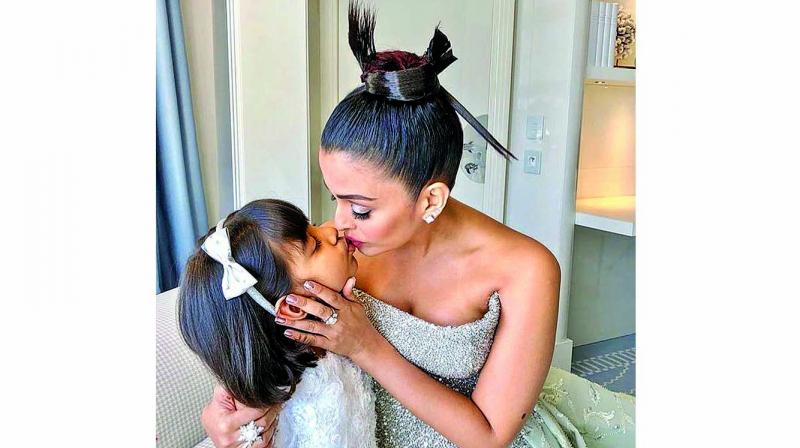 The picture shows the former Miss World kissing her daughter, Aaradhya, on the lips.

A recent photograph posted by Aishwarya Rai Bachchan on Instagram has ruffled quite a few feathers in the online world. The picture shows the former Miss World kissing her daughter, Aaradhya, on the lips. Trolls accused her of behaving in a manner unsuitable to a mother. Apparently, many in the virtual world feel that kissing your daughter on the lips is not a decent way of expressing maternal love.

A couple of years back, Pooja Bhatt was at the receiving end of similar comments when a picture of her, kissing her father Mahesh Bhatt, did the rounds. And Pooja says the current reaction to Aishwarya’s kiss triggers off a feeling of déjà vu in her. Commenting on the perverted nature of the remarks being hurled at Aishwarya, the actress says, “Since when does a mother need permission from the world to kiss her child? However, to dignify this absurd attack with a response would be to stoop to the very level of the depraved, deprived and the sick people making these comments. As far as I am concerned, three cheers to Ash! This brand of nationalism is the last refuge of the weak. And I am not fooled by it.”

Dia Mirza, who champions several, women-related causes across the world responded to the controversy by saying, “Seriously? Since when was a mother’s display of affection a reason for trolling? This is absurd.”

While Aishwarya has chosen to maintain a dignified silence on the issue, a source close to the Bachchan family says it’s upsetting. “To be targeted for every innocent gesture, just because you are who you are, is a little unfair. Aishwarya has stayed away from social media for this reason. She knew her every move would be monitored and judged. She hates it. But she will never dignify the trolls with a response,” says the source.