The 33-year-old left a lasting impression as she paired her golden fringe dress with see-through golden embroidered boots. 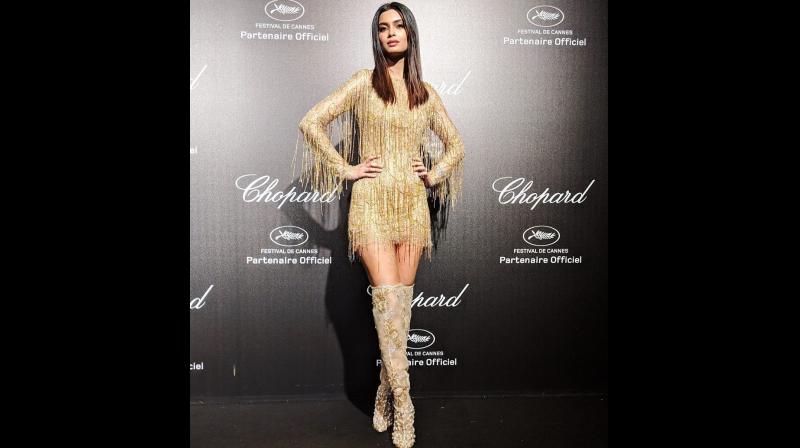 New Delhi: Diana Penty's first ever Cannes glam is to die for. She looked absolutely astounding in her Celia Kritharioti's golden sequin outfit.

The cocktail actor took to social media to post her drop-dead gorgeous snap. "At the legendary Chopard Party," she captioned her post.

Ahead of Cannes, she also posted another look, in which she wore a cedar brown high split maxi dress which she paired up with golden vintage Chanel belt, black stiletto boot, and brown aviators. "Striding into #Cannes2019," she wrote on her Instagram post.

On the work front, Diana was last seen in 'Parmanu' and 'Happy Bhag Jayegi', where she played the character of a Punjabi girl, 'Happy'. She was cast opposite stars Abhay Deol and Jimmy Shergill. She took four years gap after her Bollywood debut film 'Cocktail', before returning to the silver screen with 'Happy Bhag Jayegi'.

She was busy with her modeling career and was also doing endorsements and other show as she didn't want to pressurise herself for acting.