The filmmakers were all set to release another dialogue which shows the other side of the story. 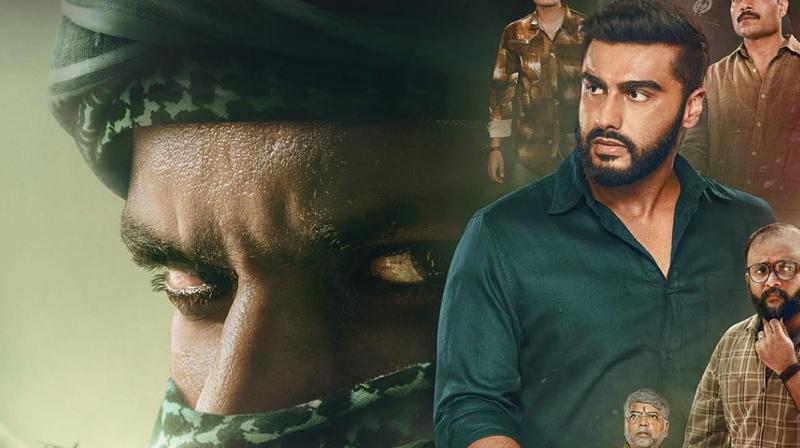 Mumbai: Arjun Kapoor’s next film, India’s Most Wanted is based on the true story of 5 IB agents who set out to capture a deadly terrorist. The film has been Directed by Rajkumar Gupta, and Arjun will be seen portraying the role of an officer who leads the team. Even though the name of the terrorist on whom the film is based hasn’t been officially announced, there are confirmed reports that it is based on Yasin Bhatkal, who masterminded the German Bakery, Pune blasts and serial blasts in the stadium in Bengaluru.

In the teaser of the film, there was a dialogue where the terrorist says that he isn’t killing anyone, just transferring their souls to another body and quoted Krishna from Gita had preached this. Within no time, this dialogue created an outrage, and people called out that it was unfair to link religious teaching to terrorist activities. The filmmakers were all set to release another dialogue which shows the other side of the story. In this one, first, the terrorist is shown making the Gita reference, post that Arjun’s character says, “Whoever kills an innocent, is guilty of killing humanity, and I am not saying this, Quran Shareef says that.”

India's most wanted promo got rejected by censors & dialogue removed for fear for inciting religious controversy. Is it fair on the part of CBFC? Check & decide#IndiasMostWantedDialogue@arjunk26 @foxstarhindi #IndiasOsama#IndiasMostWanted #ArjunKapoor pic.twitter.com/L7JRSH1McC

However, CBFC objected to both the Gita and Quran and demanded it to be cut from the film, because of which the filmmakers did not release it. But, the dialogue has found its way on the internet and is going viral. Interestingly, the Gita reference in the teaser had received a green signal from CBFC.

Not only does this dialogue make a powerful statement on how no religion preaches violence, but it also shows how the film is not biased towards any ideology but is highlighting a true story. The film is slated to hit the screens on 24th May 2019.