Satpute said one woman eyewitness is not ready to support Tanushree's version now. 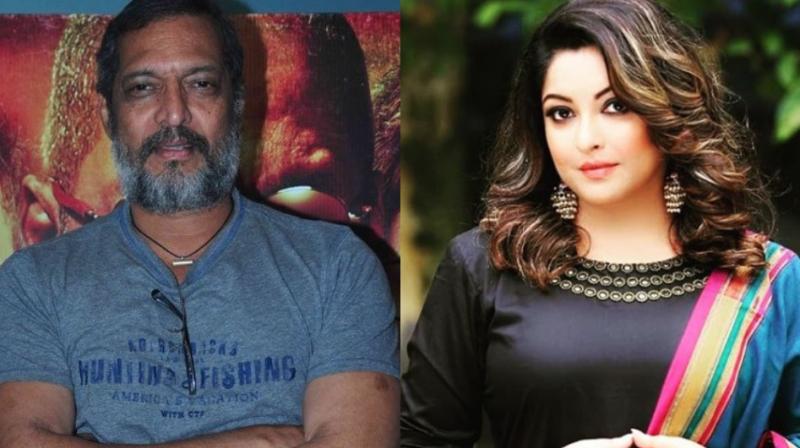 Mumbai: Key witnesses are not coming forward to record their statements before police in the sexual harassment case filed by Tanushree Dutta against veteran actor Nana Patekar and others, due to fear of the accused, her lawyer has claimed.

Dutta had filed a complaint in October last year, in which she had alleged that on the sets of "Horn Ok Pleassss" in 2008, Patekar had touched her inappropriately on the pretext of showing her dance steps, and also insisted on starring in the song sequence, which was supposed to be a solo performance. She had also named choreographer Ganesh Acharya, producer Samee Siddiqui and director of the film Rakesh Sarang in her complaint. Based on her complaint, the police had registered a case against them.

Talking to reporters on Friday evening, Dutta's lawyer, Nitin Satpute, claimed that although a number of witnesses have recorded their statements before the police, the key witnesses of the incident are not coming forward to so due to fear of the accused. "Police have recorded the statements of almost 15 witnesses, but key eyewitnesses of the incident have not recorded their statements. They are not coming forward because of the fear of the accused as they are highly influential people," he said.

Satpute said one woman eyewitness is not ready to support Tanushree's version now as she was made to face legal issues 10 years back. "If the accused are arrested, then the witnesses will feel safe and they will come forward to record their statements," he added. He also dismissed the "rumour" that police have given a clean chit to Patekar in connection with the case, which was registered at Oshiwara police station.

"No clean chit has been given to Nana Patekar or other accused. It cannot be given orally and can be approved only by the concerned magistrate," Satpute said. "These rumours are being spread as the accused have stopped getting work in the film industry," he added.