Manoj Bajpayee plays the mentor of protégé Sidharth Malhotra in the film. 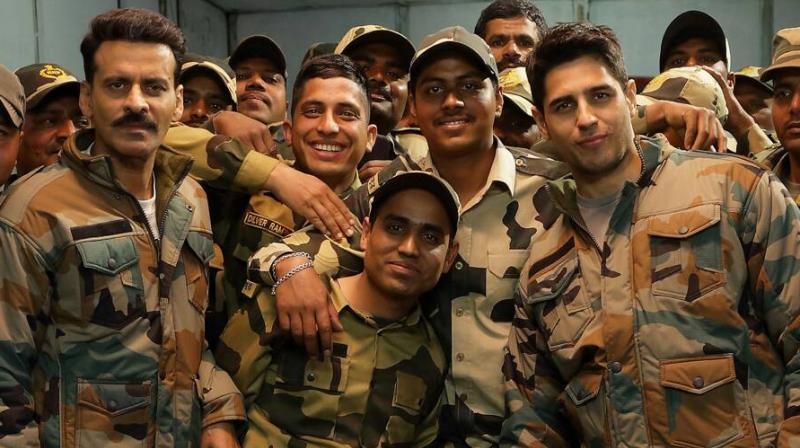 Manoj Bajpayee and Sidharth Malhotra snapped with the other actors.

Mumbai: After enthralling fans with movies like 'Baby,' 'A Wednesday,' and more recently, ' M.S. Dhoni: The Untold Story,' Neeraj Pandey is ready with his upcoming movie 'Aiyaary'.

Few days back, the team was in Jammu and Kashmir to shoot the first schedule of the movie along with film's co-star Manoj Bajpayee and now, the film's next schedule has already begun in Delhi.

The director took to Twitter to share a photo of the star cast featuring Sidharth Malhotra and Manoj Bajpayee.

Both the actor can be seen in Army uniform.

The crime drama, co-produced by Neeraj Pandey and Shital Bhatia, is based on a real-life incident revolving around two strong-minded Army officers having contrary yet right views in their own ways.

Manoj Bajpayee plays the mentor of protégé Sidharth Malhotra in the film.

Few days back, the director also shared a picture of the green valley as the 'Aiyaary' team was in Kashmir for a quick seven-day schedule.