Watch: Shah Rukh Khan reveals to Anushka Sharma that he is a cheap man?!

The ‘mini trail 1’ or teaser gives us a glimpse of what Shah Rukh’s character is all about and you wouldn’t like it. 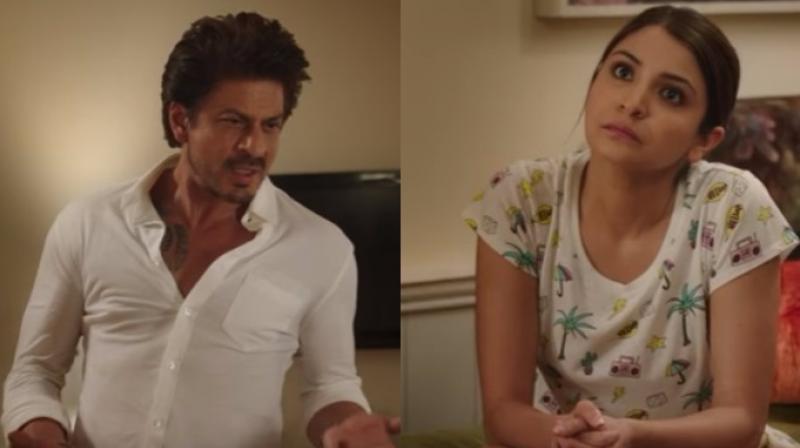 Stills from the teaser.

Mumbai: If you thought the title of Shah Rukh Khan-Anushka Sharma’s ‘Jab Harry Met Sejal’ wasn’t quirky enough, then you should definitely watch a snippet of what SRK’s character is going to look like in this Imtiaz Ali film.

Set in what looks like a hotel room, Harry reveals to Sejal that he has looked at women with lustful eyes all his life and that that makes him a man of cheap, questionable character.

Sure, Shah Rukh has explored and succeeded the grey-area-guy arena in the past and portrayed them with his contagious charm- like in ‘Darr’- but this one is a little out there.

Petrified to learn about his vulgarity, Anushka tries to appease herself, saying he was only trying to scare her.

Although we don’t see much of her in the teaser, the ‘Phillauri’ actress is pretty much in her bubbly, carefree zone.

Earlier rumoured to be titled ‘The Ring’ and ‘Rehnuma’, the film releases on August 4 this year and is supposedly the love story of a guide and tourist.

Here is the video: