Watch: SRK has an amazing gift for girls named Sejal across the world 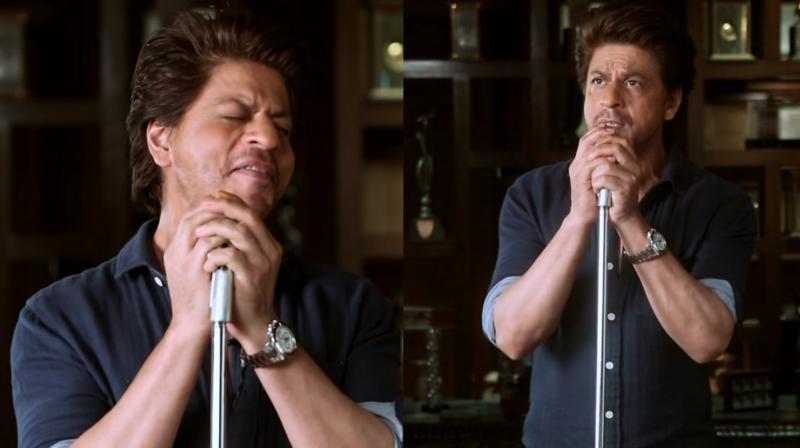 Mumbai: If your name is Sejal, then we might have some good news for you.

The makers of 'Jab Harry Met Sejal' have come up with an innovative way to promote their movie.

The team shot a video with film's lead actor Shah Rukh Khan in which his character Harinder Singh Nehra aka Harry can be seen missing Sejal, the character played by Anushka Sharma.

The 51-year-old actor shared the video on his Twitter handle and captioned it as,

The main motive of the video is to find the maximum number of girls with the name Sejal in a city and the 'Raees' star will visit that city.

King Khan also gives a slight insight on both the lead characters of the film in the Twitter video.

He also shares that whenever Harry meets Sejal, the atmosphere becomes something else.

Few months back, SRK travelled from Mumbai to Delhi via train for promotion of 'Raees'.

Team 'Jab Harry met Sejal' will introduce one of the many 'mini trails' from the film to sports and cinema lovers during the Cricket finals.

Mini trails' are a series of 30 second clips from the film, which will be released first as an introduction to what 'Jab Harry met Sejal' team has in store to offer.

The 'Mini trails' will serve as a build up to the songs of the film, and help communicate the essence of the love story.

Presented by Red Chillies Entertainment, ' Jab Harry Met Sejal' is directed by Imtiaz Ali. The film is all set to release on August 4.