Gulzar has penned the romantic song, 'Ishq Di Baajiyaan' and it's been composed by Shankar Ehsan Loy. 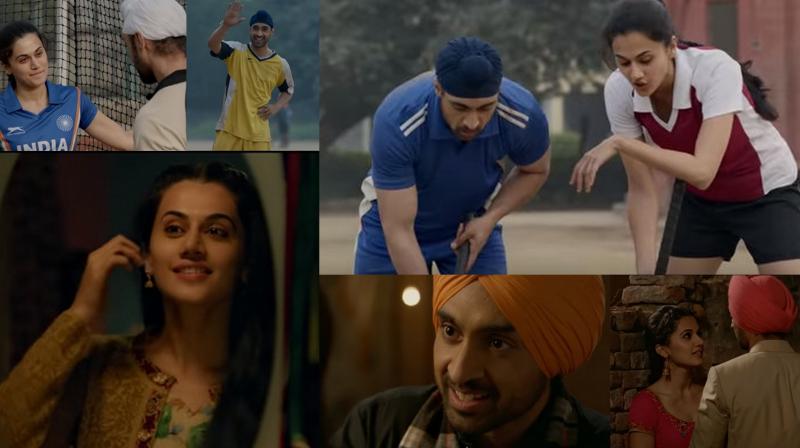 Mumbai: The makers of Diljit Dosanjh and Taapsse Pannu's upcoming sports drama, 'Soorma', have released its first romantic track today. The multi-talented Diljit has lent his voice to the romantic track titled 'Ishq Di Bajiyaan'. While the lyrics for the song have been penned by ace writer Gulzar, the terrific trio Shankar-Ehsaan-Loy have beautifully composed the song.

Diljit and Taapsee showcase the endearing chemistry as they fall in love with each other. And it is the simplicity and freshness of the song that will surely win your heart.

Speaking about the song, Diljit said in a press statement, “I am really thankful to Shaad Ali for this opportunity to sing in this film. I recently did a show with Shankar ji and I used to hear a lot his songs that he has composed in the past. Through this film, meeting Gulzar sahab was a great thing for me because I never had any contacts to get through him. To sing a song which is written by Gulzar and music of Shankar Ehsaan Loy is a big thing for me.”

Apart from Diljit and Taapsee, the film also features Angad Bedi in an important role.